“Jost van Dyke is called the "Barefoot" island. Named after the 17th century Dutch pirate who made it his hideaway, the tiny mountainous island of Jost Van Dyke lies 3 miles off the northwest coast of Tortola. Little has changed since a Quaker colony settled here in the 1700s to farm sugar cane. In fact, most of the island's approximately 200 inhabitants (mainly members of the Chinnery and Callwood families) are descendants from the Quaker slaves. The island has only had electricity since 1991, goats graze peacefully over the green hills, and there is only one paved road connecting the villages on the shoreline.” 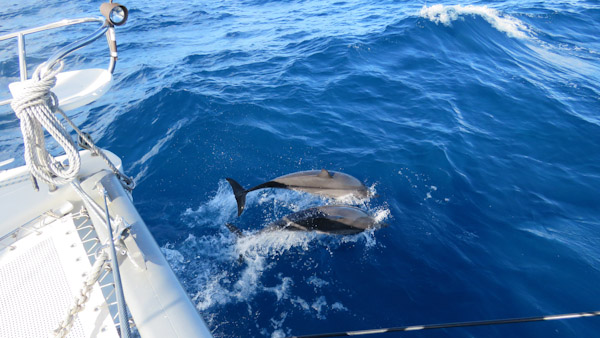 On our way South from Anegada the dolphins came to greet us by playing zigzag in Vagabund's bow wave. 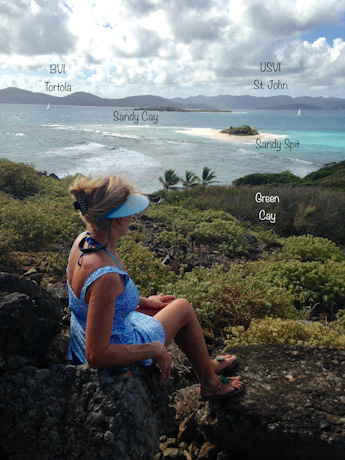 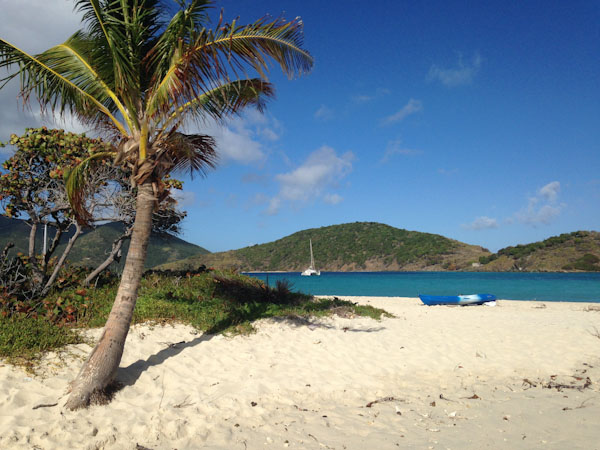 The anchor was set between Sandy Spit and Green Cay in 4 m of water. The scope of anchor chain positioned Vagabund over a mini drop off in 18m of water depth. 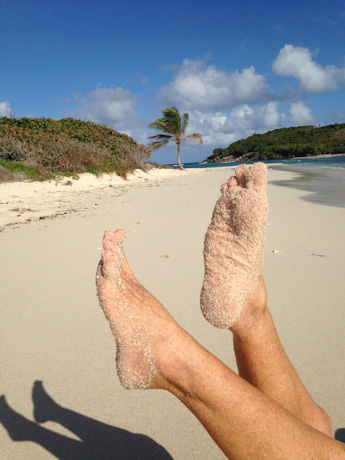 Sandy Spit is a mere spit of sand in the ocean. This tiny island does have only one palm tree. Early one morning it was only Zack and myself alone on this deserted island in the Caribbean. We did a quick double lap of the Island before I had to take a break with both my feet in the air. 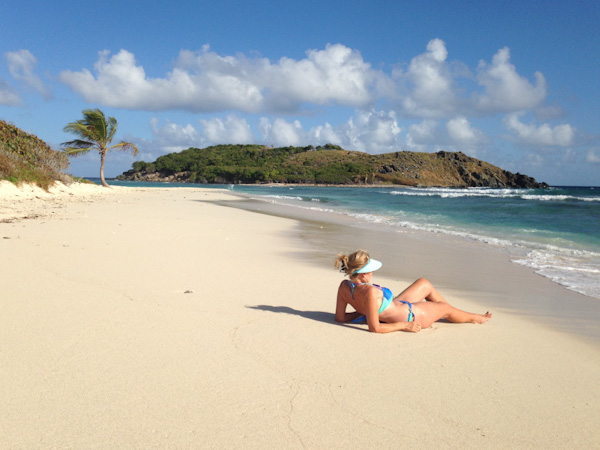 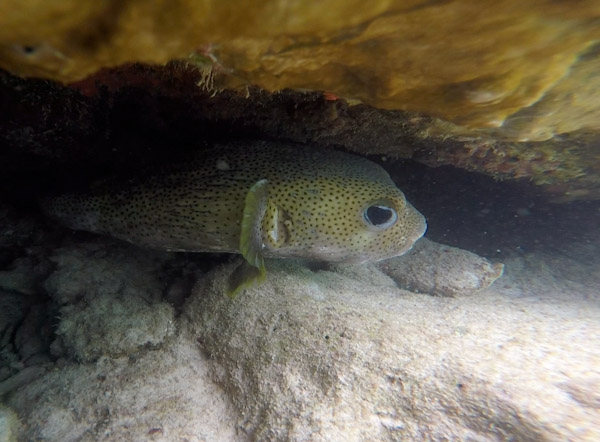 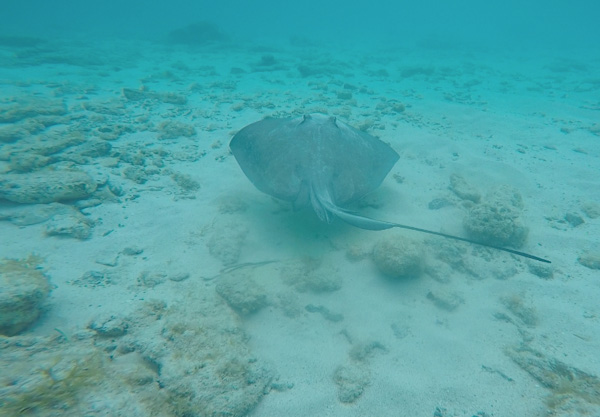 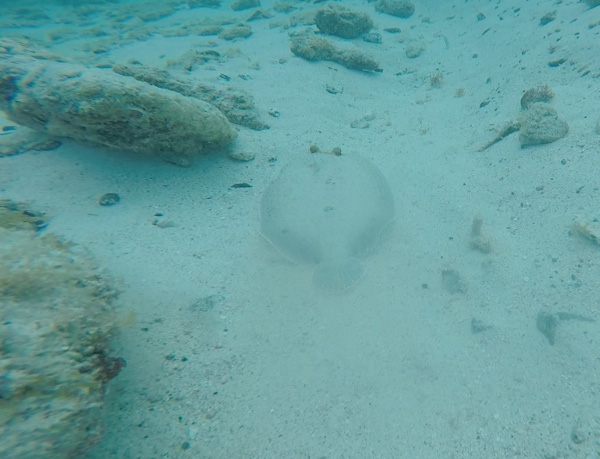 Snorkeling at the reef we encountered these local residents. 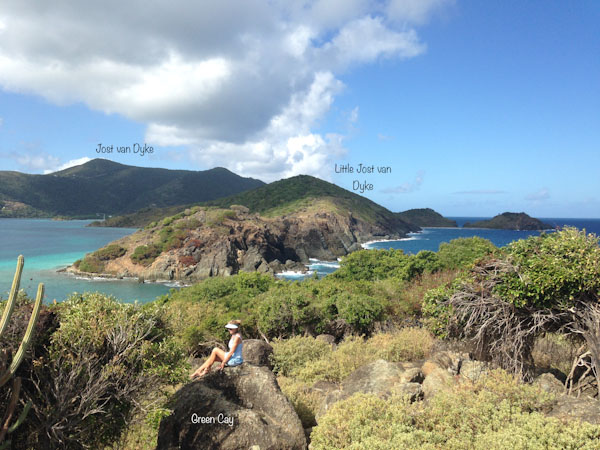 We took the dinghy to Diamond Cay. Took a hike from the shore through the mangroves and up the top on the boulders on the seaside. 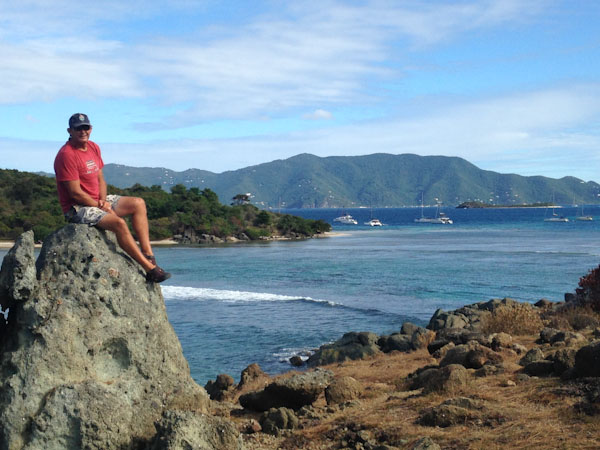 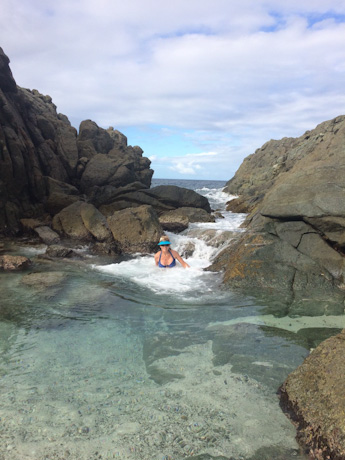 Had a swim in the Bubbly Rock pool.

When a wave comes rolling in, a line of rocks blocks the entrance to the inner cove, causing the waves to break and a rush of bubbling white water enters the pool filling it with white, foaming, swirling jets of sea water, a natural Jacuzzi.

We were there in calm weather. When the north swell is big the waves funnels huge volumes of water through causing an undercurrent sweeping the water back. This can be dangerous. 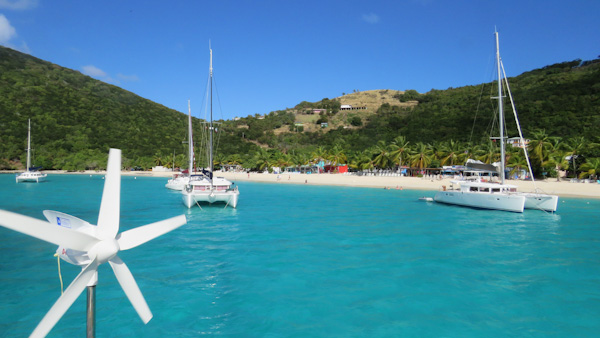 The edge of White Bay is lined with a long white sandy beach. Parallel to this is a reef that runs almost the full length of the beach. Two small breaks in the reef provide access to a narrow strip of crowded anchorage. 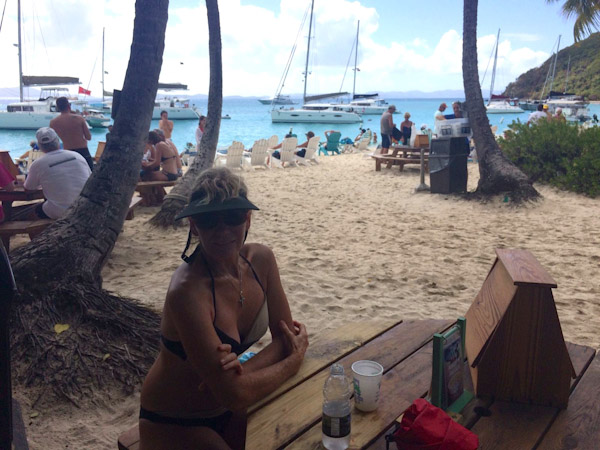 We visited the Soggy Dollar Bar: named after sailors swimming ashore with money in their pockets to pay for their drinks. The Painkiller cocktail (National BVI drink) originated from here. A strongly mixed drink made from rum, pineapple and orange juice, Coco Lopez and fresh nutmeg.