The Berry Islands are a constellation of 30 islands and 100 cays that stretch over 30 miles along the Great Bahama Bank. 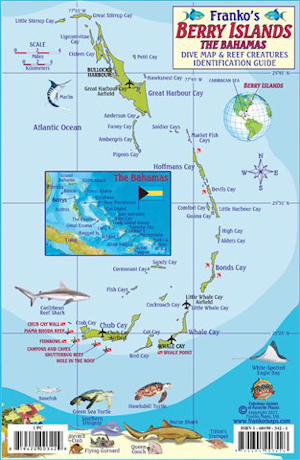 The entire bight on the western side of the crescent is very shallow with many sand bores and areas that dry at low water. There are just a few true weather harbors amongst the 30 some-odd cays. Most of the lea side anchorages offer good protection from seas but some swells seems to work its way in at times. The cays are for the most part, uninhabited or privately owned. The northern Berry Islands, apart from the cruise lines (Little and Great Stirrup Cays) have remained largely untouched. 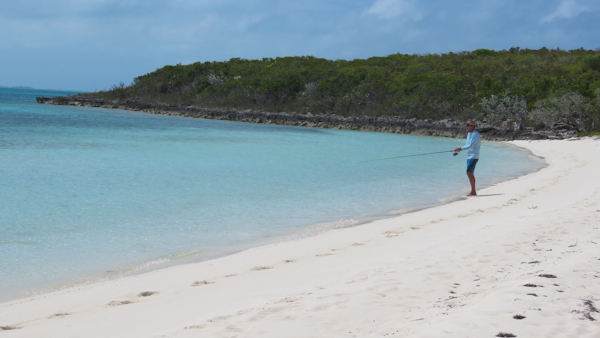 From our anchorage at Soldier Cay we dinghy southward along the western shore of Hoffman’s Cay to the second beach from the south. Hoffman’s Cay has a great blue hole. First Zack tried some fishing. 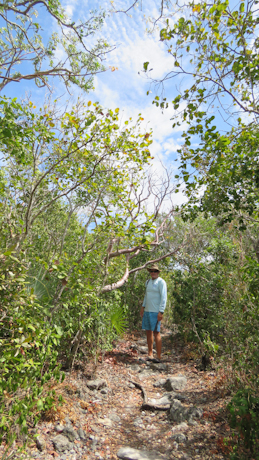 From the beach is a well-kept trail that we followed to the blue hole. 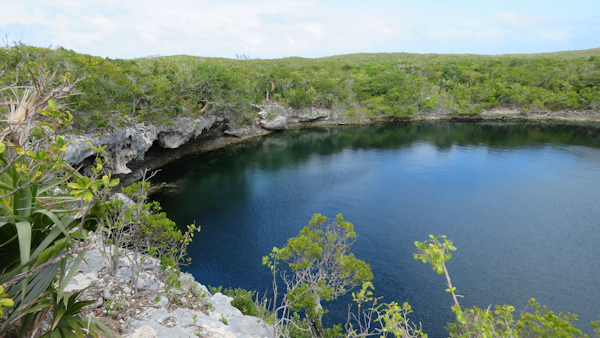 The trail climbed up over the spine of the island to the rim of the blue hole. 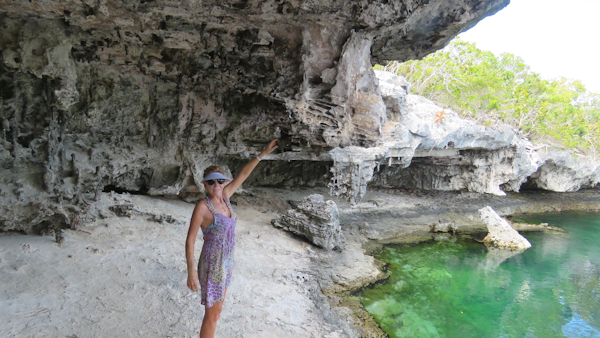 The trail took us down under an overhang from where you can get to the edge of the water. 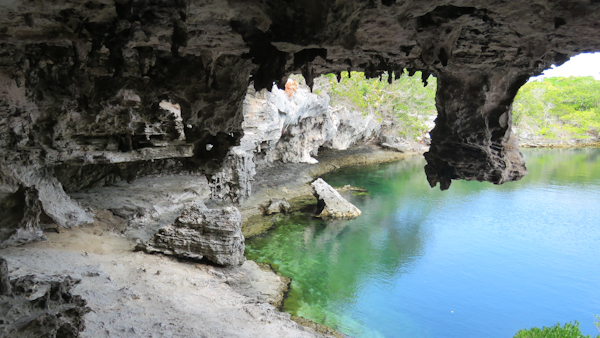 The overhang had some stalactites.

We lift anchor early morning with threatening cloud cover to find protection for tomorrow’s westerly winds. Before we could drop anchor at Beach Club Resort the rain has already started to pour down. 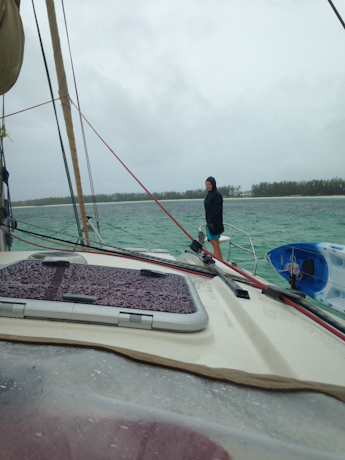 After anchoring I was wet and cold to the bone. Shortly after we settled in it really started to pour buckets and the wind gusted to over 30 kts. Today is a day that you stay on the boat. 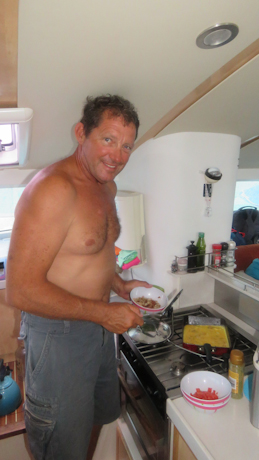 Something you can do in the rain! Zack quickly mopped the boat in the rain to get rid of the salt of the previous days sailing and decided to treat me with making some brunch. 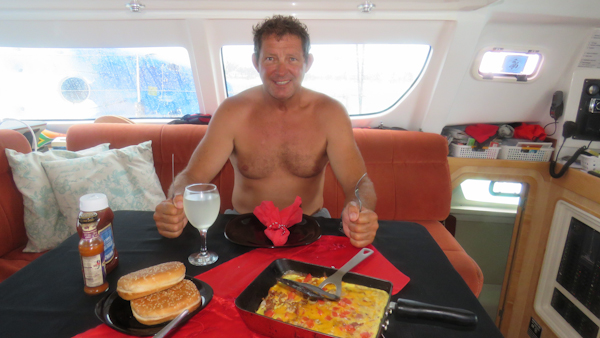 It was an enjoyable end product. 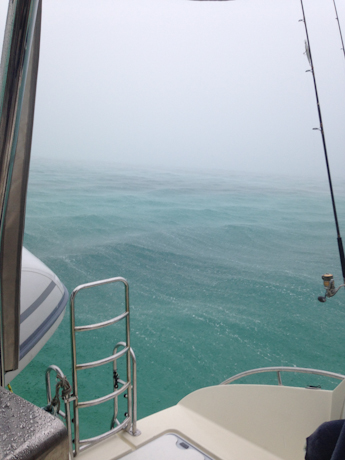 Buckets of water pouring down. 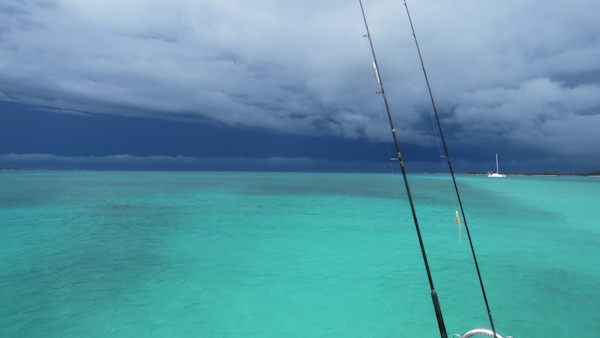 Some unsettled weather producing these magical color schemes. I don’t like the sound of thunder as it is growing louder and louder. 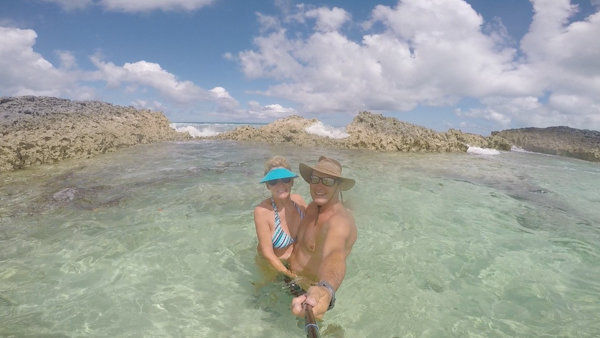 Between Hawksnest Cay and Haines Cay a natural pool is formed during low tide connected to the sea by a ‘hole in the wall’. The pool is surrounded by rocks. 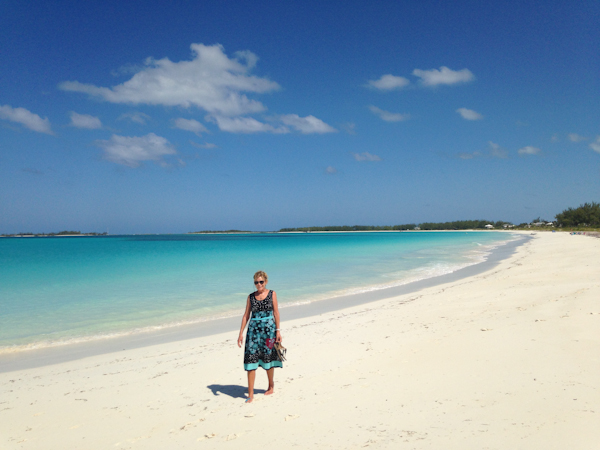 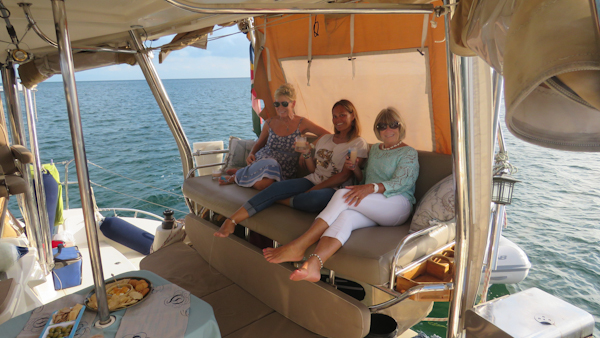 Reunion on Vagabund with friends with a lot of catching up. The ladies enjoying our sea couch. 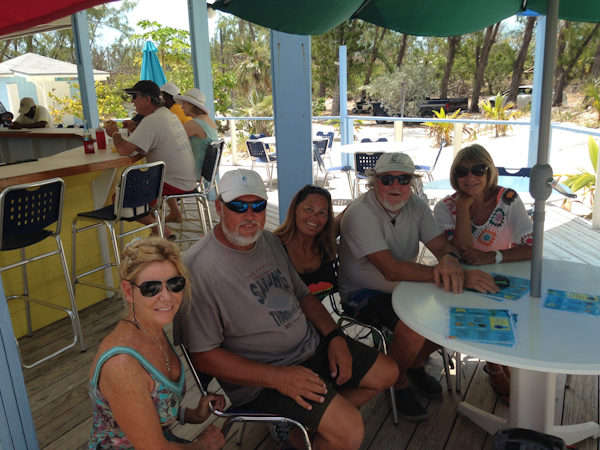 A day spend with our sailing buddies from Alleycat and Shilo

We walked over from Great Harbour Marina to the eastern ocean side of the island to have lunch at the Beach Club Restaurant and a swim in the ocean. 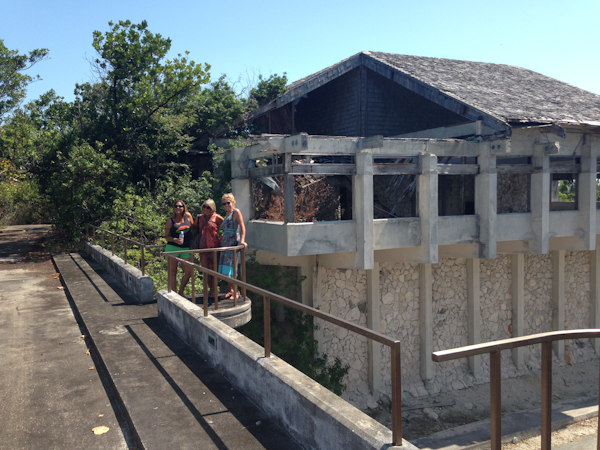 On our way back we stopped at the ruins of the once beautiful restaurant that has burned down and not being rebuilt. 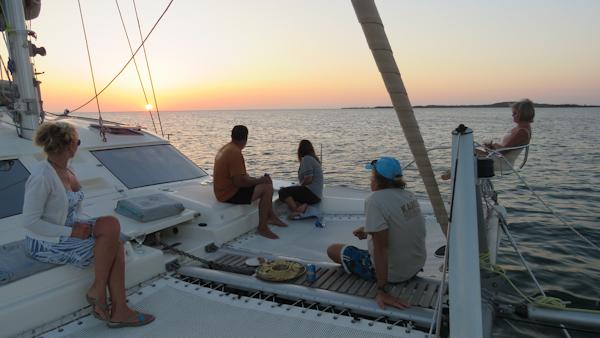 Watching the sunset for a possible green flash on Vagabund before saying our goodbyes.

This sailing season of 2016/2017 we travelled more than 3000 nm averaging more than 500nm per month.  Starting in St Augustine FL in December, Crossing the Gulf Stream to the Abacos, Passage down to BVI doing the Eastern direct route, 2 months in BVI, Passage back to the Bahamas visiting the so special Hogsty Reef atoll, Acklins, Exumas, Eluethra, Spanish Wells, Exuma State Park, Cat Island, Little San Salvador, Rose Island, Berry Island and back to St Augustine.

For now we have already start saying our goodbyes to Vagabund for this sailing season. We will miss to be rocked on our seabed every night with wind blowing through the rigging but are looking forward to returning to family and friends we have missed back home.

Crossing the Gulf Stream is always a challenge, but forecasts are good for leaving first light on Friday the 28th April from Great Harbour Cay, Berry’s arriving Sunday the 30th April in St Augustine, Florida. 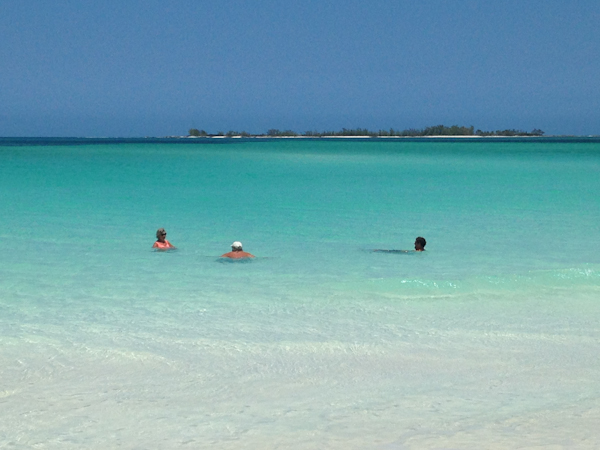 Our last swim in the Bahamas waters. 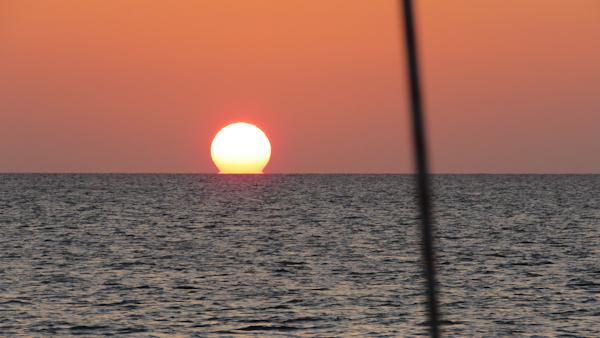 The sunset was special.  A symbol our last night in the Bahamas for the 2016/17 sailing season it rounded of the most special cruising season we have had on Vagabund. The beauty of the sunset also reflects how we have been blessed and spoiled the last six months in the Caribbean.