At 6h30 the 18th January we lifted anchor and left the bay towards Dominica. As soon as we reached the open sea between the two islands the wind was picked up and becoming a strong breeze.  The mains had two reefs and the genoa one reef.  Close to Dominica we were three sailboats sailing together with a cargo ship right on our beam trying to cross between us. Only after our captain called them on the radio, they confirmed that they have spotted us and indicated that they will pass Vagabund on the stern. 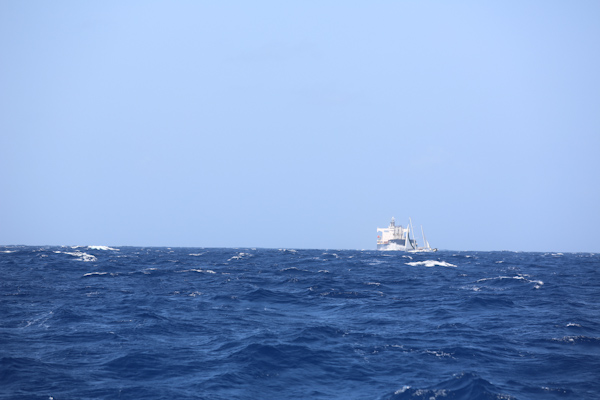 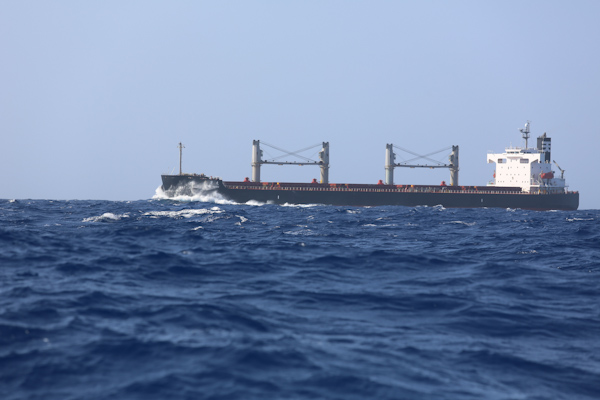 Close to Prince Rupert Bay a PAYS boat with the name Privileged welcomed us. At 15h30 we were safely anchored in Prince Rupert Bay in front of Portsmouth. We anchored just south of the Purple Turtle restaurant to ensure we have Wi-Fi from Hothothot.

“Dominica has been nicknamed the "Nature Isle of the Caribbean" for its seemingly unspoiled natural beauty. It is the youngest island in the Lesser Antilles, still being formed by geothermal-volcanic activity, as evidenced by the world's second-largest boiling lake. The island features lush mountainous rainforests, home of many rare plant, animal, and bird species.

The Sisserou parrot (Amazona imperialis) is Dominica's national bird and is endemic to its mountain forests. A related species, the Jaco or Red-necked Parrot (A. arausiaca), is also a Dominican endemic. Both birds are rare and protected nowadays, though some forest is still threatened by logging in addition to the long-standing threat of hurricanes.

Dominica is especially vulnerable to hurricanes as the island is located in what is referred to as the hurricane region. In 1979, Dominica was hit directly by category 5 Hurricane David, causing widespread and extreme damage. On 17 August 2007, Hurricane Dean, a category 1 at the time, hit the island. Prime MinisterRoosevelt Skerrit estimated that 100 to 125 homes were damaged, and that the agricultural sector was extensively damaged, in particular the banana crop.

Dominica's economy is heavily dependent on both tourism and agriculture.

The emancipation of African slaves occurred throughout the British Empire in 1834, and, in 1838, Dominica became the first British Caribbean colony to have a legislature controlled by an African majority. In 1896, the United Kingdom reassumed governmental control of Dominica, turning it into a Crown colony. Half a century later, from 1958 to 1962, Dominica became a province of the short-lived West Indies Federation. In 1978, Dominica became an independent nation.”

Customs are only open weekdays until 4pm. After that you have to go to the agent’s home to check in and we had to pay 50EC in addition to the normal fee. The agent was friendly and accommodating despite our Saturday afternoon interruption.

The God’s Family House of Worship (www.gfhouseofworship.com) was a lively and authentic affair. Worship is at 10h00 and preaching at 12h00. We were welcomed as visitors and after the service met the pastor, he is originally from Florida. 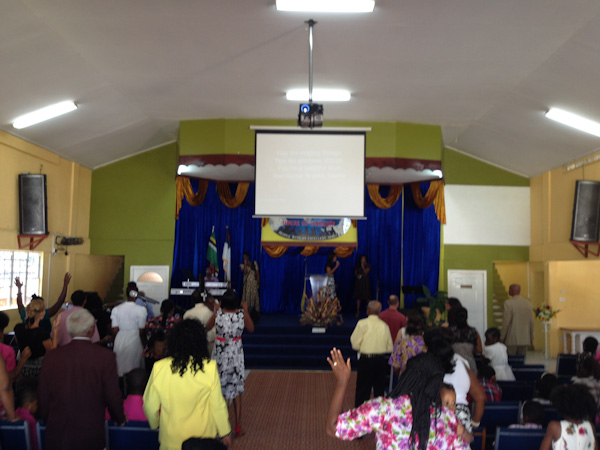 We found the people of Dominica to be some of the friendliest people in the Eastern Caribbean. There are no security issues because the PAYS boat boys (men) do a great job.

The Sunday night cruisers BBQ held by PAYS was amazing. You get rum punch, fish or chicken with rice and salad for EC$50. It was a good way to meet some of the other cruisers and support the PAYS group. After the dinner all the tables were removed and they played music with everybody dancing in the sand. We had great fun.

The “guide books” say it is one of the poorest countries but we considered it one of the “richest”. They are happy people and very proud of their heritage.