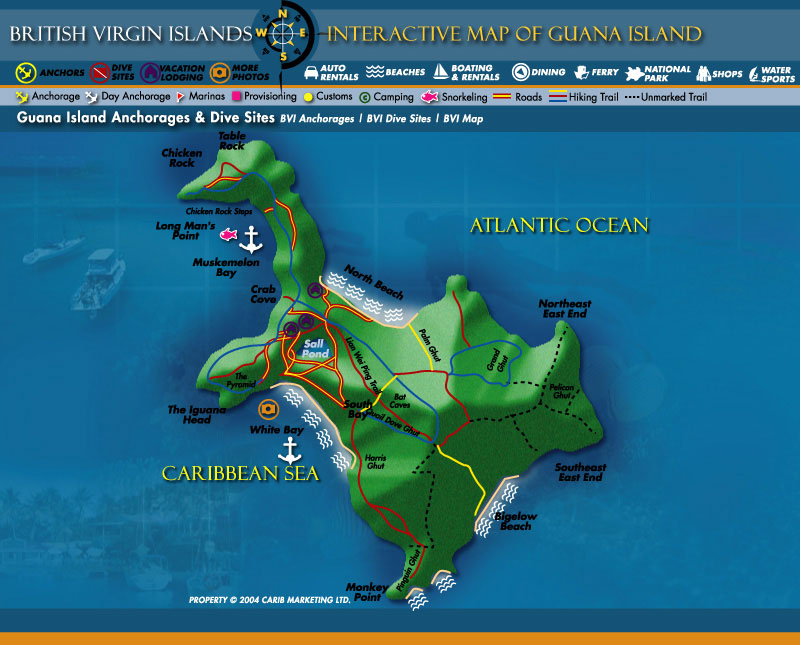 “Guana Island is a privately owned island. Guana has seven white powder-sand beaches and 850 acres (3.4 km2) of tropical forest, mountains, hills, and valleys. The island is mostly natural preserve and has a small resort. “ 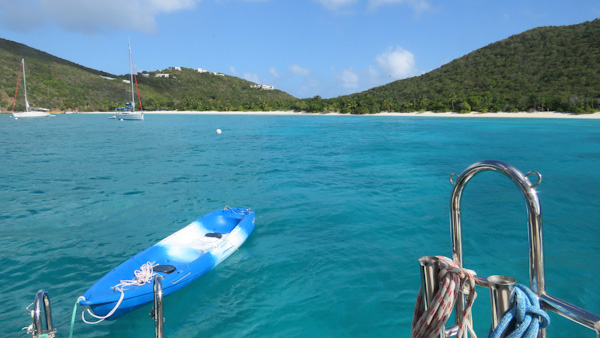 At White Bay we picked up a mooring for the night and kayak over to Monkey Point for snorkeling. 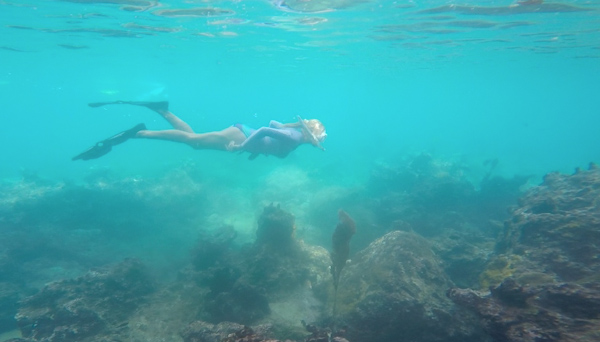 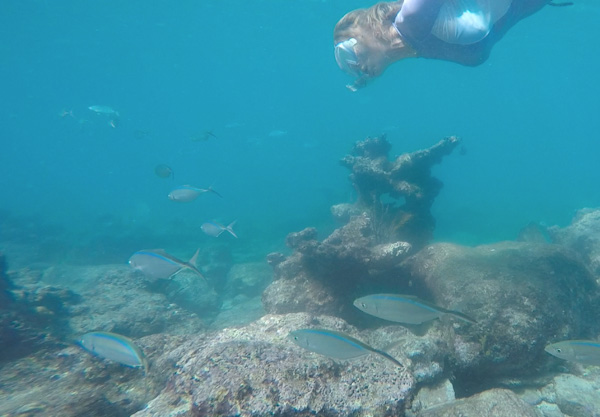 At the southern tip of Guana Island is Monkey Point. On the western side is the rocky formations above and under the water. 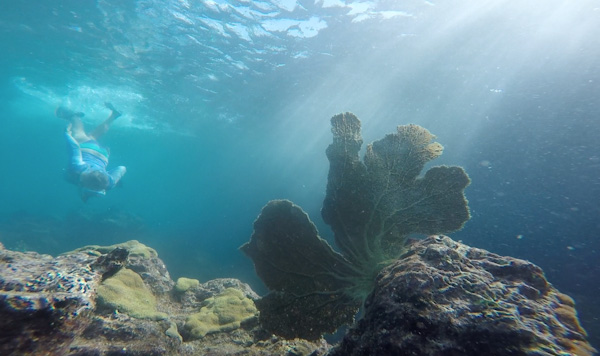 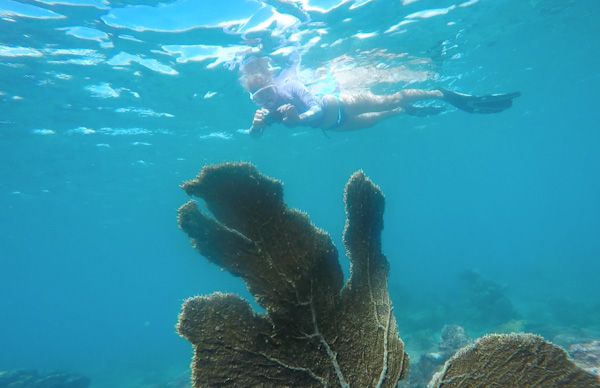 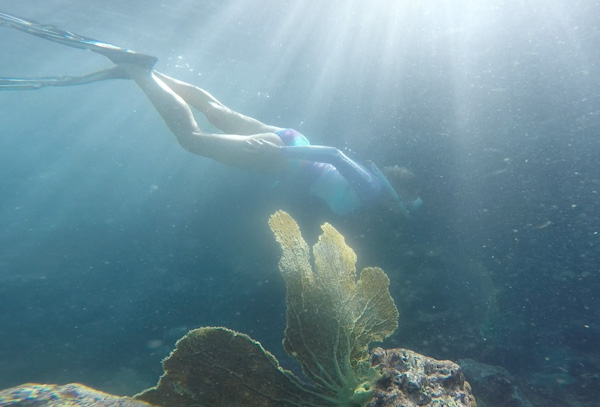 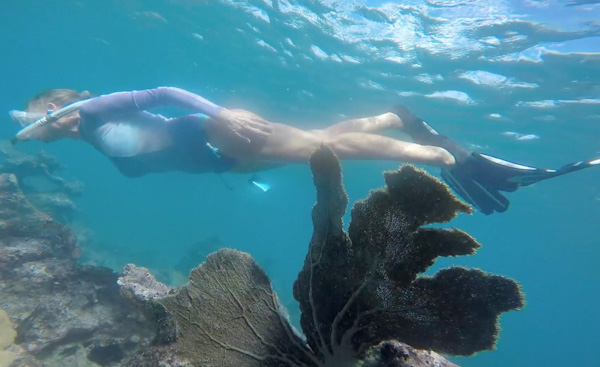 Fans swaying in the movement of the water