We were part of the Gideons from 2006. On Vagabund we have brought with Gideon’s Portuguese Bibles. We trusted that God will lead us were to plant His Word.  In the early morning hours while praying Magda knows we have to go to the local school in Santo Andre. The problem is to get permission and a translator. We explained to Ana who the Gideon’s are and what we stand for. With her as our translator we visited the school and permission was granted for us to plant the Bibles the next morning at eight. 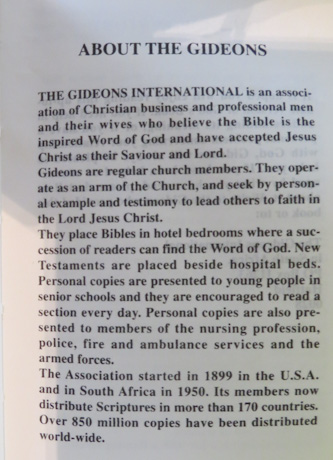 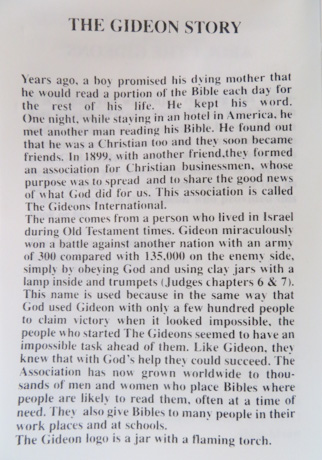 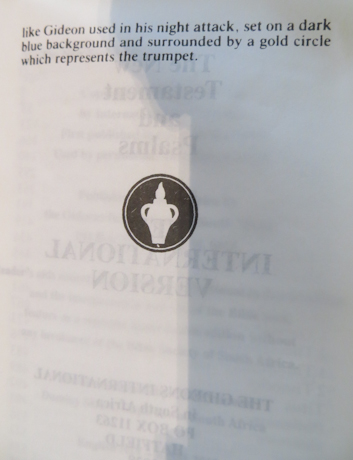 At eight we were received by the Principal of Escola de Santo Andre. 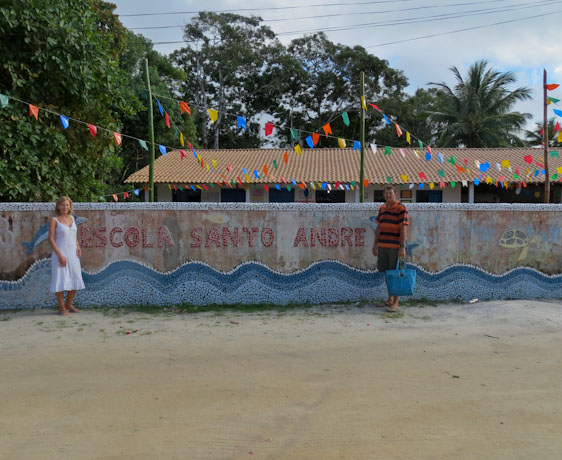 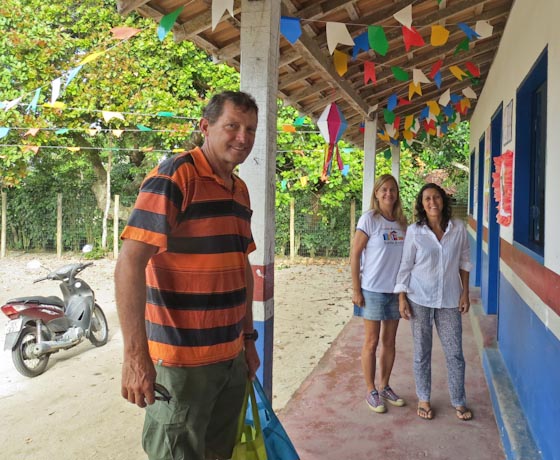 Accompanied by Ana we went to three classes with children older than ten years that could already read. She explained what the Gideon’s stand for and every child eagerly put up there hands to receive a Bible. The teachers was also keen and requesting a Bible.  The girl that came and hugged Magda the previous night was in one of the classes that received Bibles. Magda gives her a hug and prayed that she will receive lots of true love and that if not on earth that they will meet one-day in heaven again. 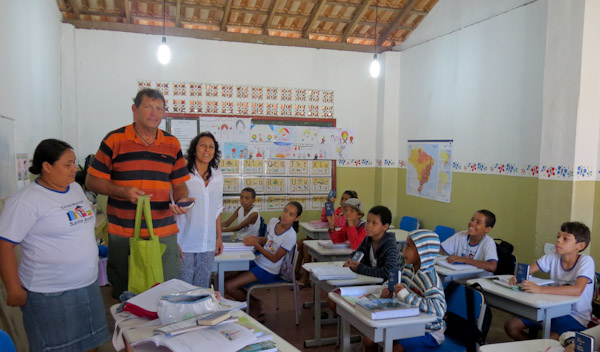 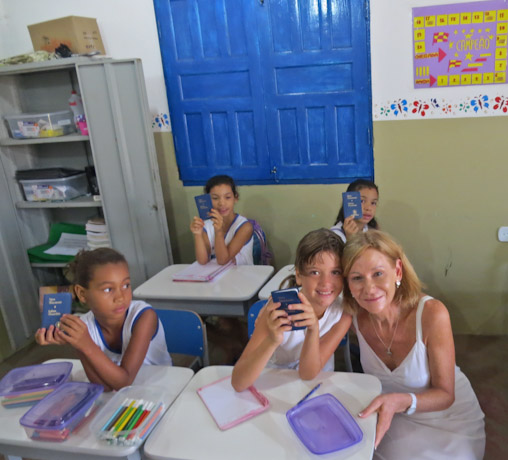 That night I got a vision of that This Bible is only words on paper but that the Holy Ghost will make it alive. When we arrived the tide was going out and half an hour later upon our return the tide was coming in with a complete change in direction. A vision of what happened if you allow the Word of God to become alive in your heart. May the Word of God that was planted prosper in the hearts of those that received it. Amen.