We came to Spanish Wells to replace a damaged sail drive seal and to do our antifouling. 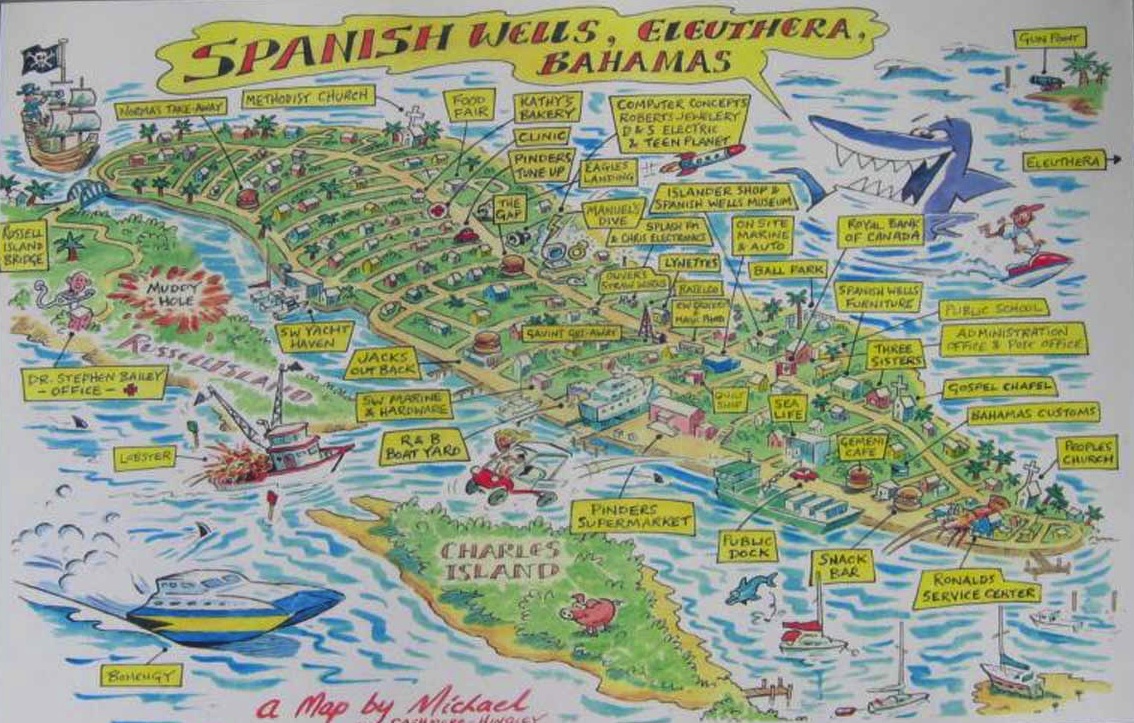 “Spanish Wells is a quaint village and is currently facilitating the biggest commercial lobster fishing in the Bahamas. It is a prosperous fishing village and the locals are renowned for their seamanship.  Most of the residents are direct descendants of the original Eleutheran Adventurers and British Loyalists.

The first colonists were the Eleutheran adventurers from Bermuda (intending to be some of the first settlers of Eleuthera), who suffered shipwreck on a reef, known as the "Devil's Backbone" off Eleuthera in 1647. After living in a cave known as "Preacher's Cave" on Eleuthera, they ended up at Spanish Wells. Later, groups of settlers were Crown loyalists, who left the United States after the American Revolutionary War. Historically, the island was used as a last stop for Spanish ships returning to Europe, where these ships refilled their water supply from wells created for this purpose - thus the English name of the settlement: Spanish Wells.” 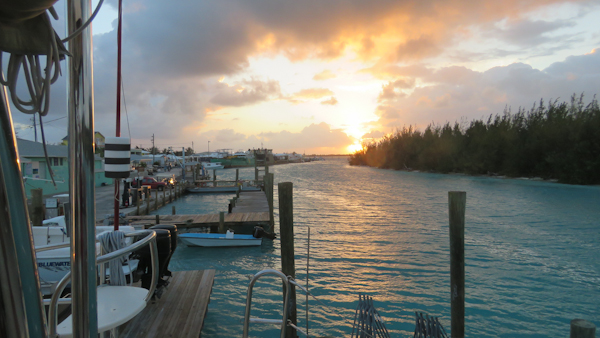 Around the channel is all the jetties and boatyard. A good choice to work on your boat and enjoy the scenery. 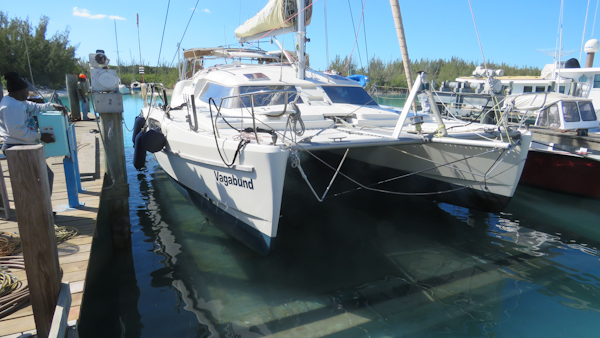 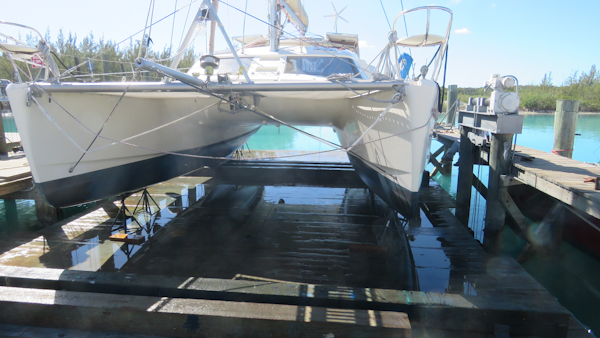 We came to Spanish Wells to replace a damaged sail drive seal and to do our antifouling.  At R&B Boatyard Robert and his team hauled Vagabund out with their Synchro lift (Catamarans up to 70ft LOA, up to 40 tons and up to 28ft beam). 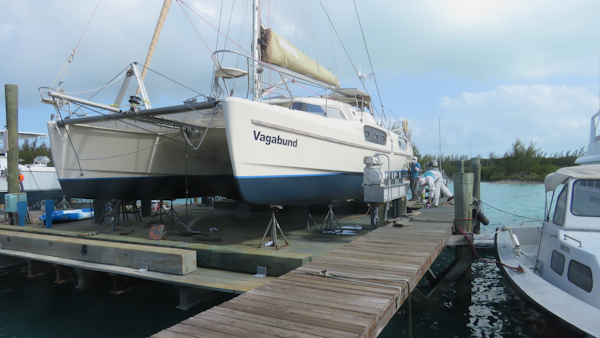 Vagabund were hauled, pressure washed, lightly sanded and then painted with 2-3 coats of Sea Hawk 44 Plus Harder (an antifouling paint with copper and tin additives). Our previous antifouling was done in Trinidat three years ago.  They do a brisk business and want you as soon as possible back in the water. After a full wax on hulls, bottom and top rub down lady Vagabund was almost bragging showing off her well defined lines to the passers by. 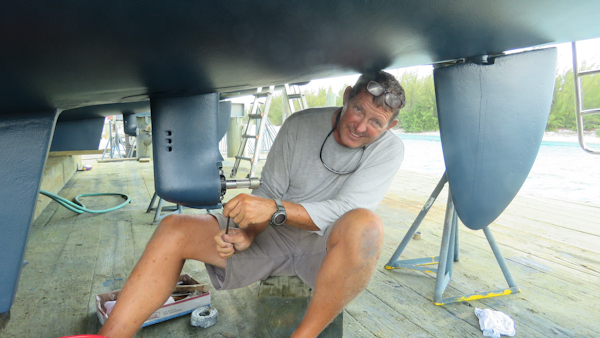 Zack is smiling from ear to ear. The sail drive seal is replaced and now we can run on two motors again. 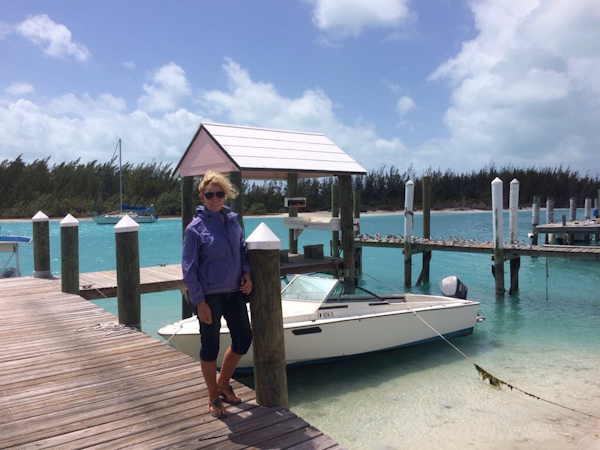 The timing of the hauling out worked well out with the weather. We did not mind being on the land while the next cold front passed by. On one of the jetties the grounded flock were sitting out the cold front. 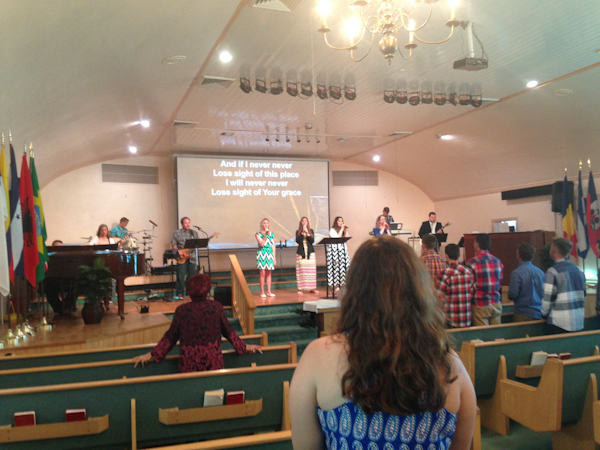 On Sunday we visited the People’s Church. The gathering consisted of a well spread age variation. An electric piano, drums, guitars and singers complimented the worshipping.  The service was a blessing and we enjoyed communion with the locals. 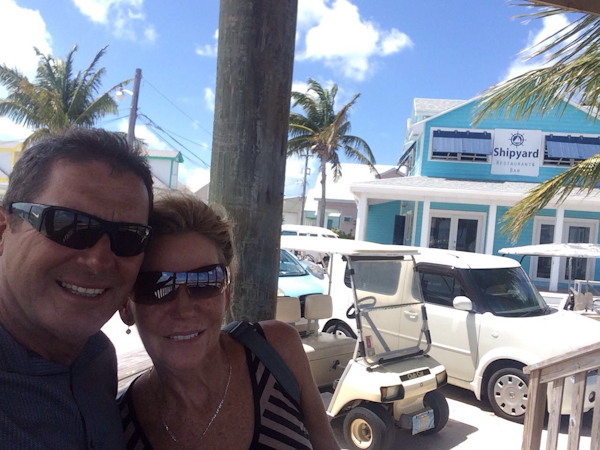 A reservation for lunch at Shipyard Point restaurant. We had a nice lunch here with a beautiful view. Lovely breeze, lovely spot on the water, lovely view of all the seabirds, lovely cold chardonnay, and LOVELY  ribs with salad and grilled asparagus. YUMMY!! 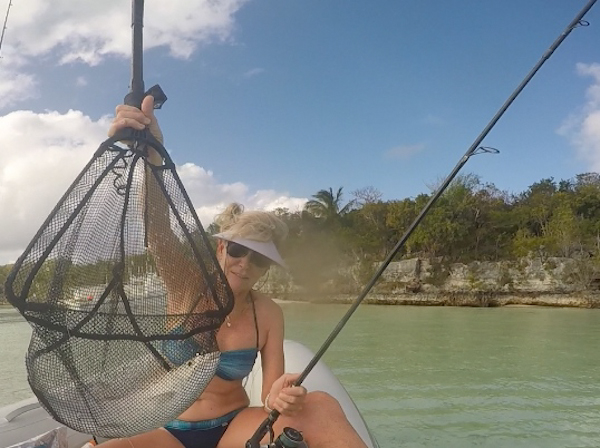 With the rising tide on Sunday afternoon Zack took me bone fishing. Zack explored the flats earlier in the week and this specific spot produced a number of fish in a short time. Right tide, right fly, right place and the best guide = I managed to catch my first bonefish! 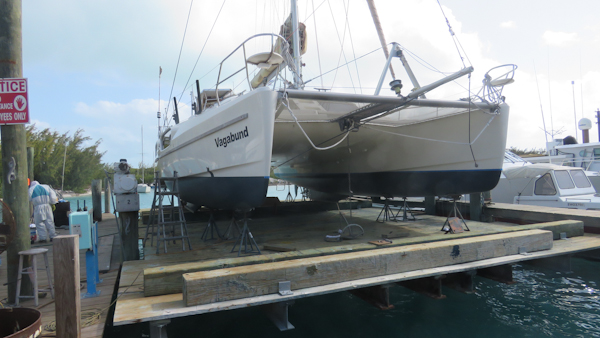 Vagabund ready to splash with high tide Monday morning and then looking for warmer weather in the Southern Bahama islands where the coconut oil in the cupboard will again be an liquid!