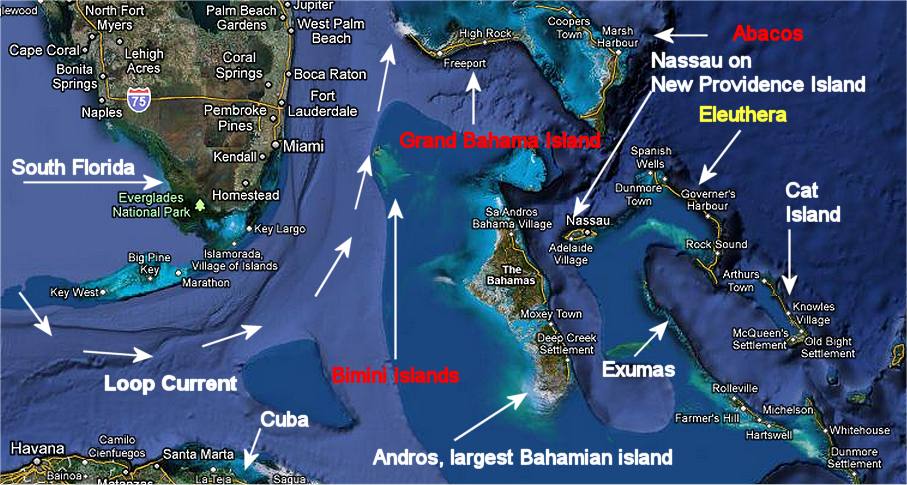 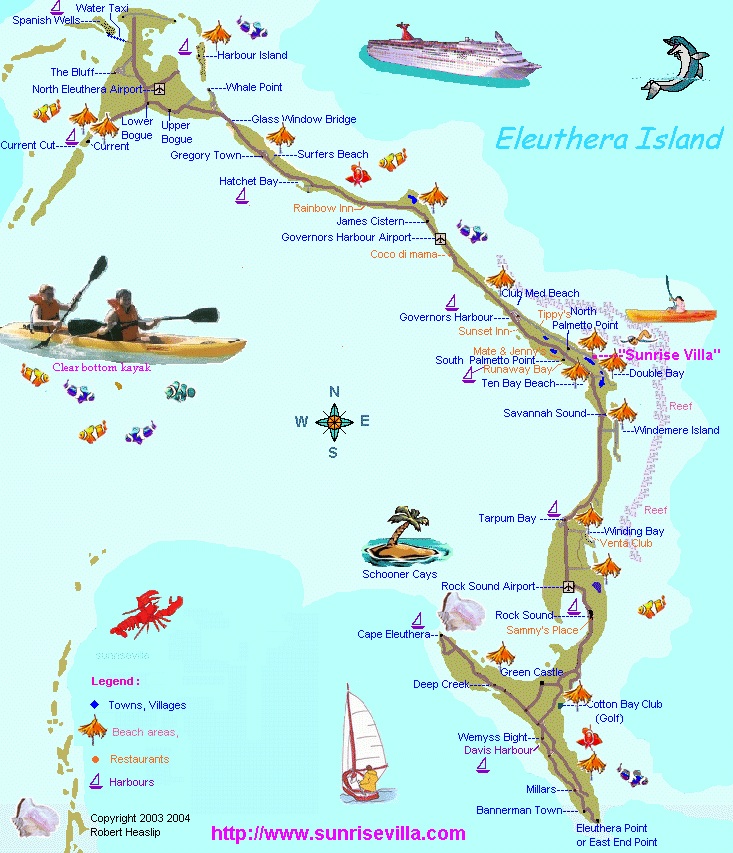 “Eleuthera is long and slender with the narrowest point located at the Glass Window Bridge where the island is 100 feet wide.  Over 100 miles long the average width is less than two miles so you are never far from the beach.

According to the latest available information, the population of Eleuthera is approximately 10,000.

Eleuthera (pronounced e-loo-ther-uh) was the first permanent settlement in The Bahamas, founded in 1648. A search for religious freedom drew the Eleutherian Adventurers from Bermuda here, to the birthplace of The Bahamas. The island they discovered and colonized still bears the name Eleuthera — Greek for “freedom” but he locals call it Cigatoo.

The name Eleuthera (“freedom”) is a fitting name for a Caribbean island that’s free from crowds or cruise ships or casinos. Eleuthera moves at a slower pace than most people are accustomed to.

We left Georgetown at about 17h30 for an overnight sail to Eleuthera. Using the small weather window of wind on our beam before it turns north. 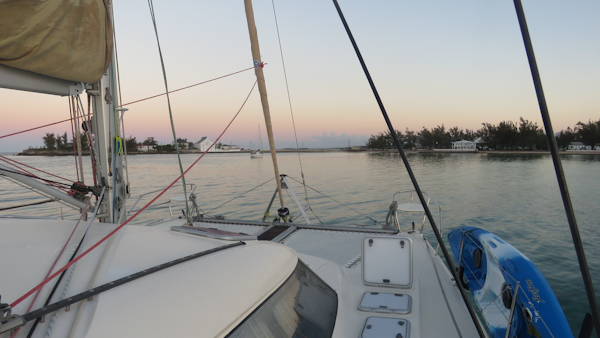 Arriving at first light at Davis Channel and dropping anchor at about midday at Govenors Harbour. 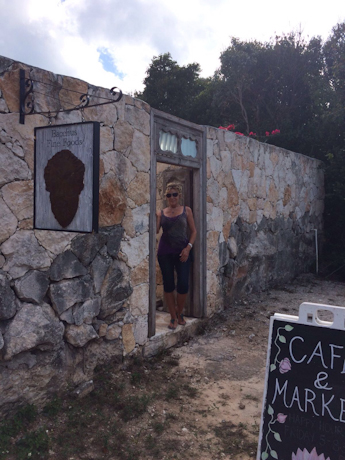 Lunch was at Bacchus Fine Food. A deli on our way to a pink beach. 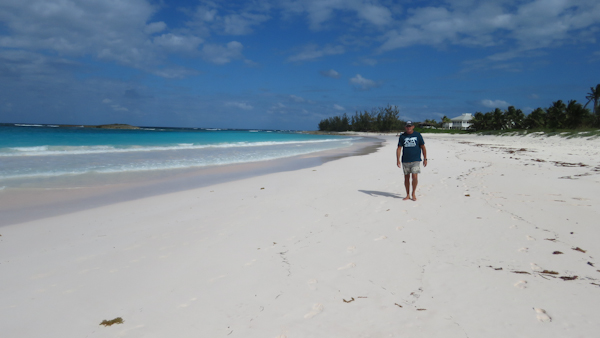 On the beach we enjoyed a cool drink from our backpack. The weather was too cold for a swim. 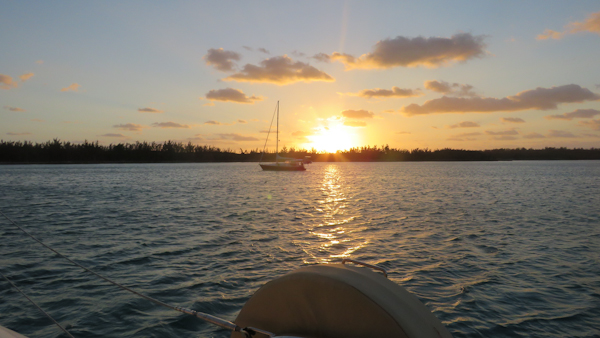 Early the next morning we set motored for Alabaster Bay with the wind on our nose. Anchoring to the left of First Love. The evening was spending on Vagabund with Gill and Sharlene. 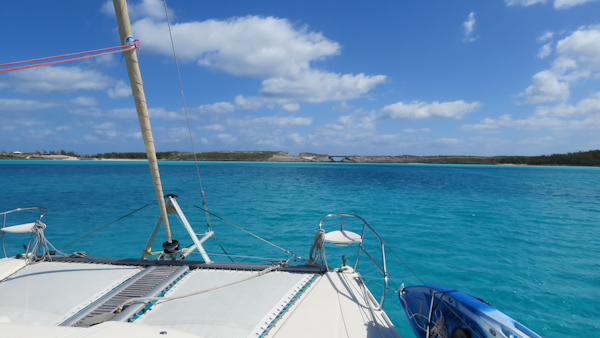 Monday morning early we left for the top of Eleuthera at the Glass Window. Anchoring at Glass Window Bridge.

“This man made bridge took the place of what was once an impressive rock arch, destroyed by a raging hurricane. The concrete replacement bridge has been battered by turbulent storms as well. Glass Window is a prime spot for viewing the striking contrast of the deep blue Atlantic Ocean on one side and the gentle turquoise waters of Exuma Sound on the other.” 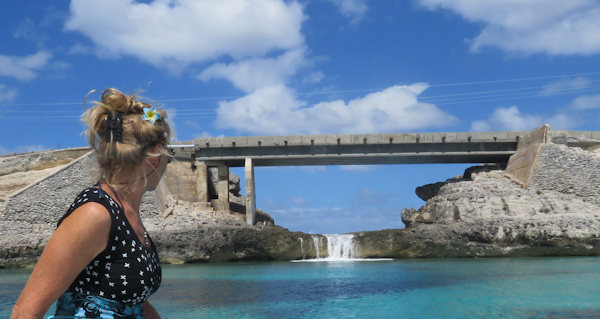 The Glass Window from the inside with calm turquoise water. 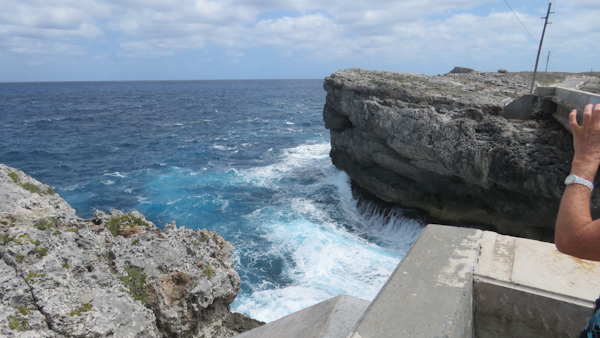 On the Atlantic side the water was a deep blue colour and with the wind blowing at 20knots the waves were rolling in. We were glad to be anchored in calm waters and not exposed to the big waves the Atlantic Ocean. 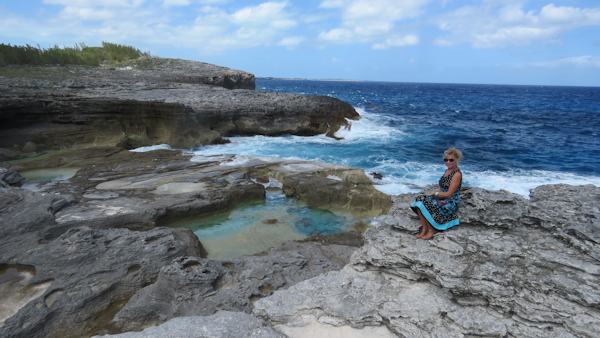 Queen’s Baths are natural pools on the Atlantic side of Eleuthera about 1 km south of Glass Window Bridge. The power of huge waves crashing against the rocks was spectacular. 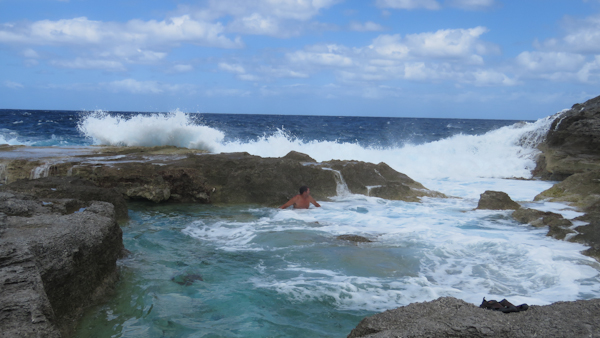 Zack enjoyed a dip in one of the pools. 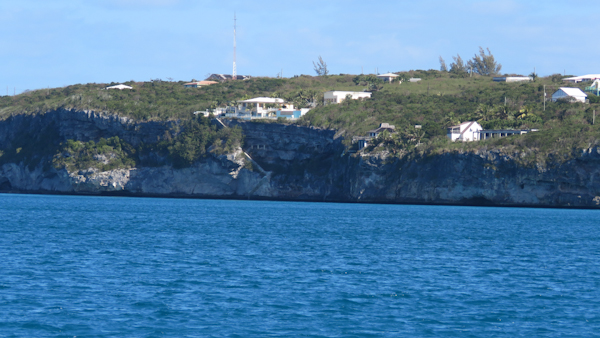 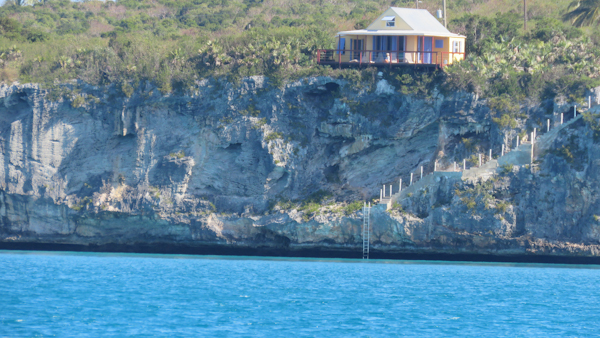 Houses on the cliffs with winding stairs into the sea. Their own aquarium on their doorstep. 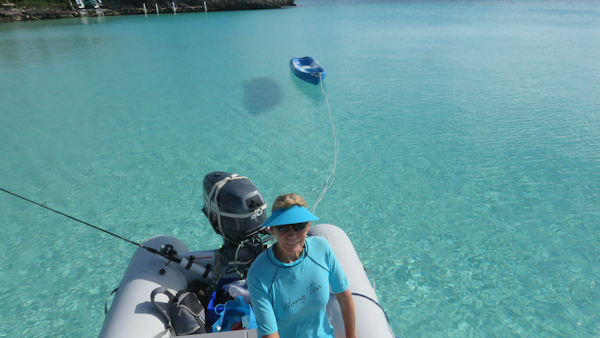 With our kayak towed behind the dinghy we went for snorkeling just north of The Cove. 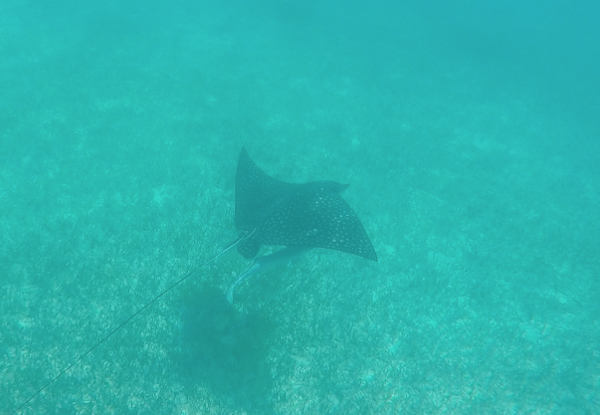 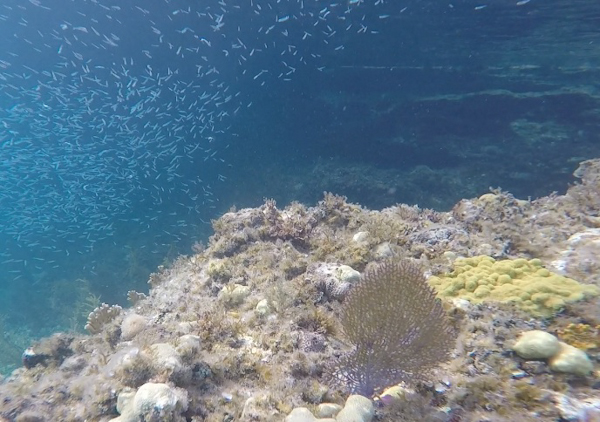 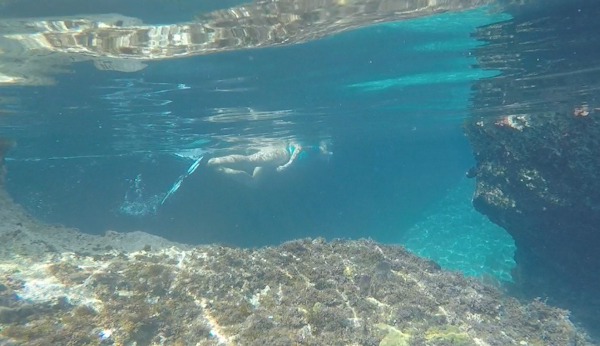 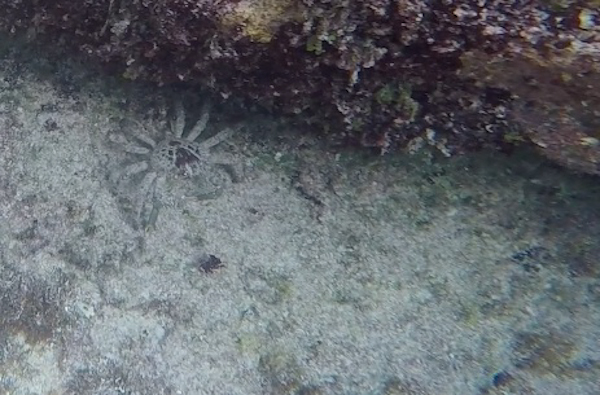 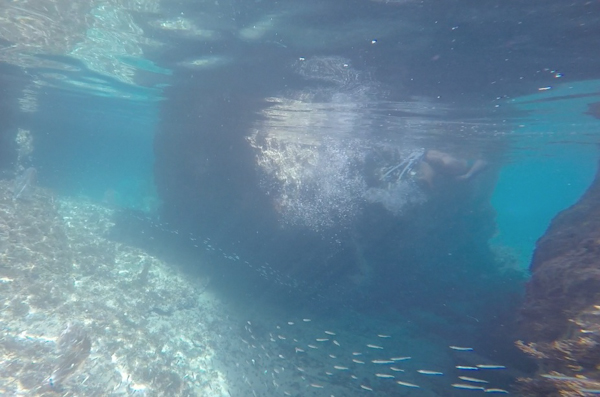 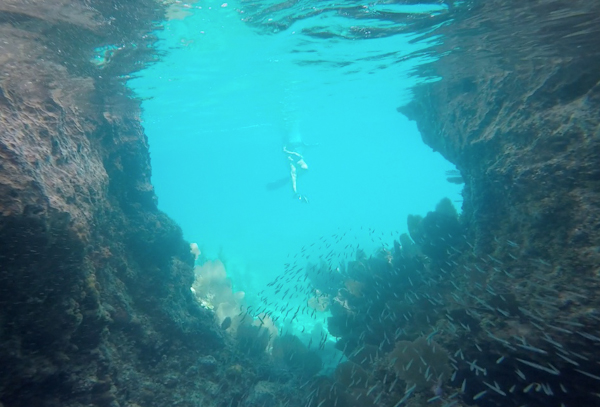 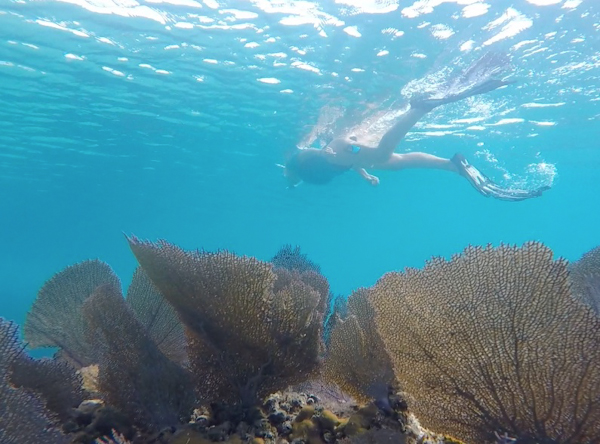 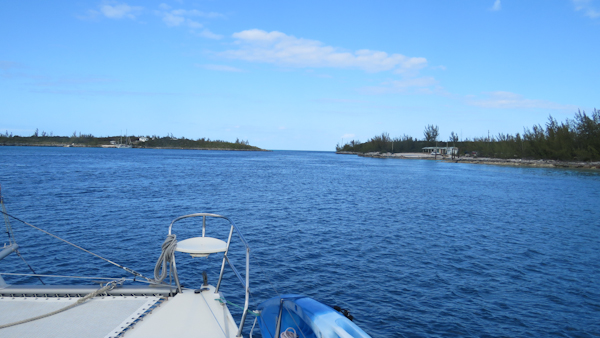