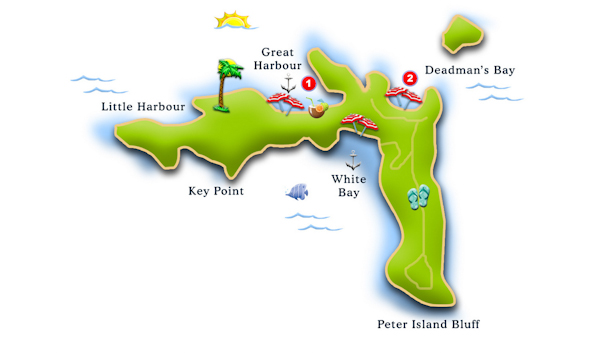 “Peter Island is a 720 hectare (1,779 acre) private island. The five star resort on the Island have twice been named by Conde Nast Traveler as one of the "Best Places to Stay in the World” 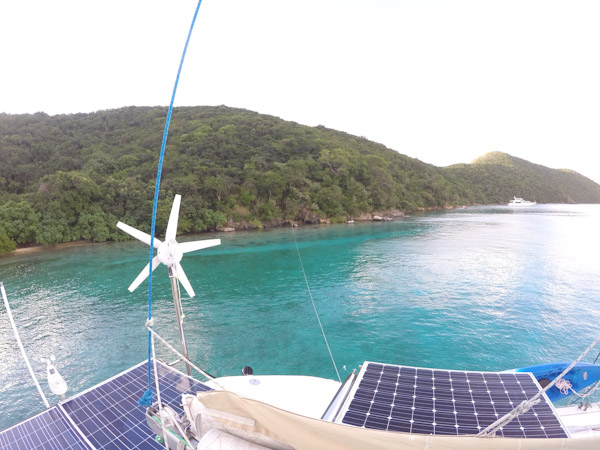 Little harbour is a well protected anchorage. We anchored stern to in 2,5m water depth. The one stern line was tied to a rock and the other to a tree. 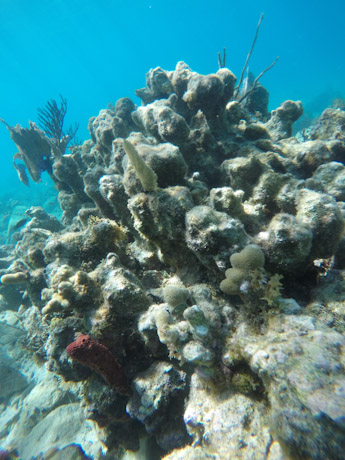 Great harbor is also situated on the northern shoreline of the island with numerous mooring balls. The snorkeling along the rocky North Eastern shore towards the point was the most rewarding. We found the restaurant to be quite pricy. 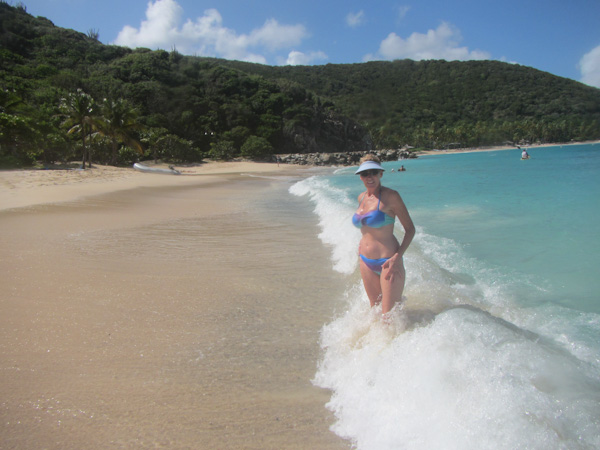 Deadmans Bay has clear aquamarine water, powdery sand beaches with waving palms. Good holding was found in 5 m of water. We spend hours in the water and on the beautiful beach. 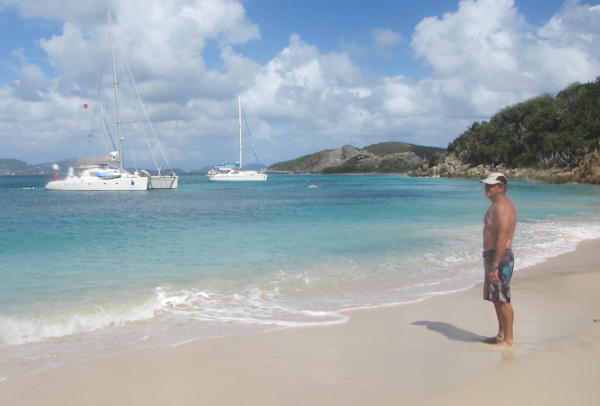 The bay is a popular anchorage spot. At one time we counted 24 boats on anchor in the bay. 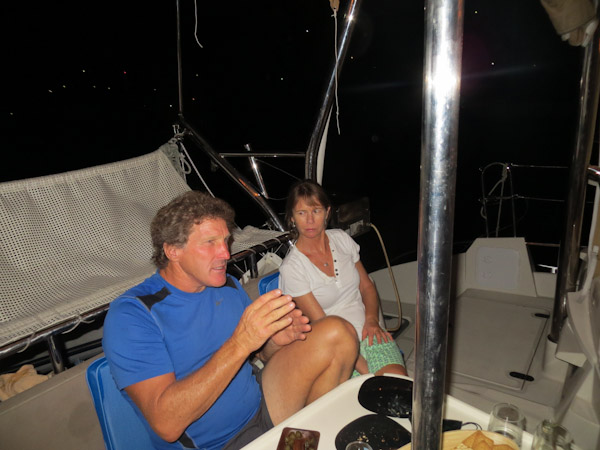 We meet Doug and Valerie of SV Katlyn again. We have last seen them in Bequia in 2014. They were busy with a charter (Katlyn Charters Caribbean Sailing Holidays) and only Doug could spare an hour to visit us. He has given Zack some pointers of good anchorages in the BVI. Hopefully in February we will spend some time together after a break of charters. 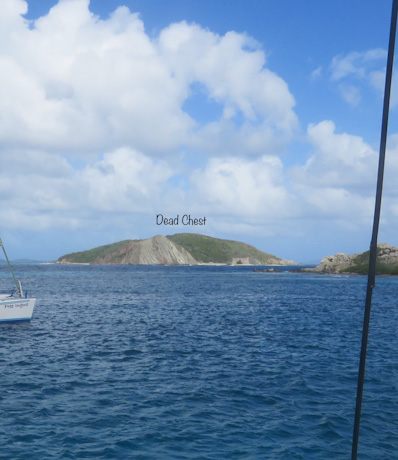 On the east of Peter Island is the cay named Dead Chest. “Folklore has it that the infamous pirate Blackbeard marooned fifteen men on the cay with nothing but a bottle of rum. Some apparently tried to swim the half mile to Peter Island’s eastern cove but didn’t make it, giving this beautiful palm lined bay the ominous name, “Deadman’s Bay”.”

Yo-ho-ho and a bottle of rum!

Drink and the devil had done the rest.

Yo-ho-ho and a bottle of rum!”