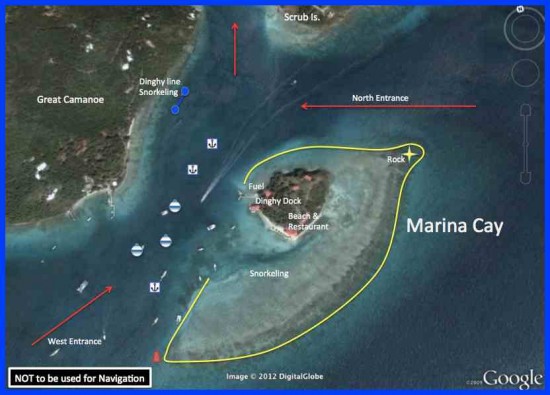 “The 8-acre (32,000 m2) island was uninhabited until 1937, when author Robb White and newly married wife Rosalie “Rodie” Mason settled on the island. The Whites spent three years on Marina, hacking a cistern out of the rough, rocky land and shipping in enough concrete to build a small, sturdy house. These adventurous years – during which the couple weathered a hurricane, fended off a randy Nazi skipper, aided Jewish refugees, and survived a surprise visit from White’s mother-in-law – are detailed in his memoirs In Privateer’s Bay (1939), Our Virgin Island (1953), and Two on the Isle (1985).

White was recalled to military duty when World War II broke out; he flew as a pilot, fought near his birthplace in the Battle of Leyte Gulf (1944), and served on battleships, submarines, and aircraft carriers; he earned eight medals and retired with the rank of lieutenant commander after five years of service.

At the same time as White’s recall, he and Rodie lost Marina Cay; the British government had never issued them a license to hold the land.

Today, Marina Cay is home to Pusser's Restaurant and Villa Rentals; the house Robb and Rodie built serves as a reading lounge for the modest tourist complex. It was the setting for the (true life) story romanticised in Two on the Isle (ISBN 0709025734) by Robb White.” In the process of trying to get used to the 27C water we spend hours each day in the water. 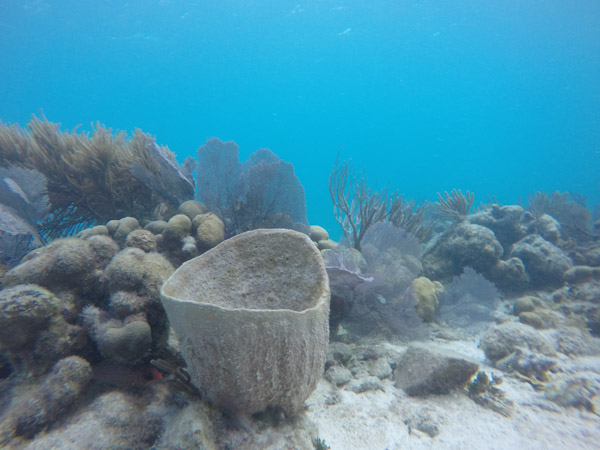 With a pair of fins, a mask and a snorkel we transgress into this other world. Exploring and discovering something new with each time we enter the water.

Getting some close ups of a Honeycomb Ray. 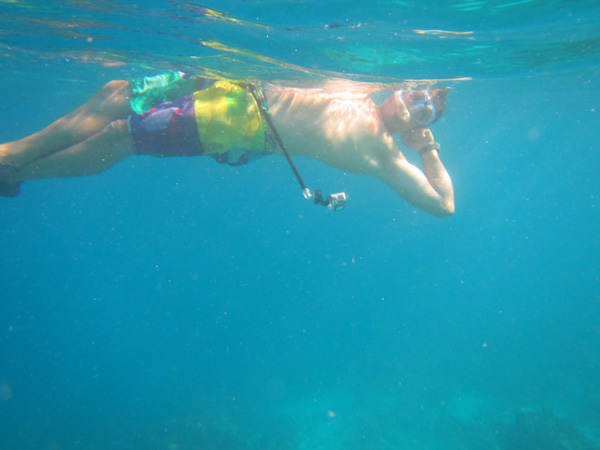 Zack’s idea of a drift dive. 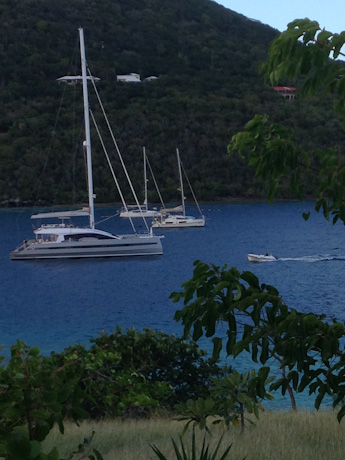 A view from the top of Marina Cay showing Vagabund anchored between Marina Cay and Scrub Island. Early one evening Zack had some fun with a Barracuda. Sunrise over the mooring field of Marina Cay