After lunch and the escapade of the mooring ball we had a short sail to St John in the USVI.

At the Northwest side of St John you have to sail through the small gap between St John Island and Lovango Cay. The current where ripping through the gap. 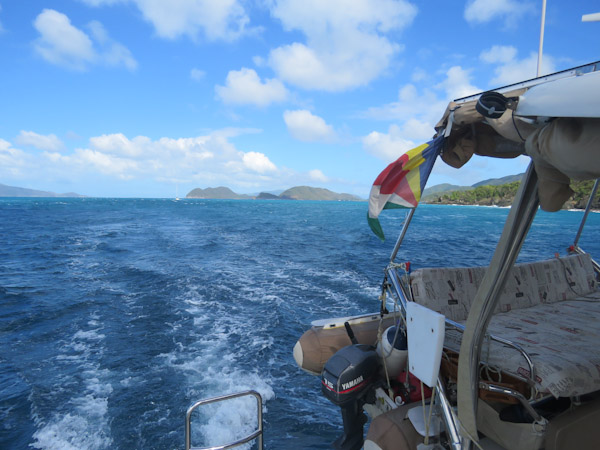 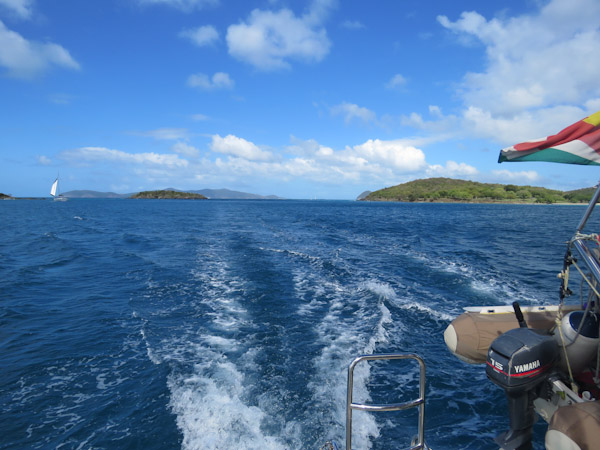 We anchored in Cruz Bay in the space indicated on our charts as a short-term place to anchor. Three hours max and you must make sure you do not swing back into the channel.  This gives you dinghy access to the customs. US are very formal and not laid back like most Caribbean islands.

With the wind on our nose we headed East on the Southern side of St Johns Island to Great Lameshur Bay. Park Service moorings were available and anchoring was prohibited. The mooring fee of $15 per night had to be deposited in an honesty box onshore by the dinghy dock by putting the money into an envelope. We arrived just before sunset, picked up a mooring ball and settled in for the night. 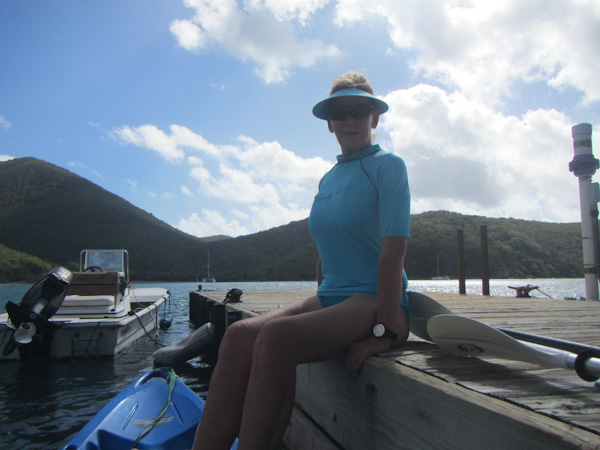 The US Virgin Islands have three main islands, St Thomas, St John and St Croix. Most of the other 65 islands are uninhabited. As a US Unincorporated Territory, the islanders are US citizens, although unable to vote in federal elections. 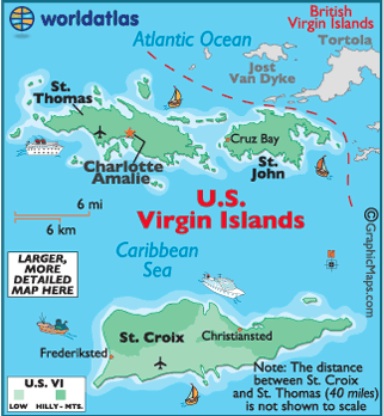 We stayed here for the day. Exploring the bay with our kayak early morning with snorkeling. The water was clear and we saw turtles swimming by. While Zack was busy filling our diving cylinders I did two loads of washing.   After lunch we scuba dived the SE corner of the bay. Some corals, sponges and ferns with small coral fish swimming among them. 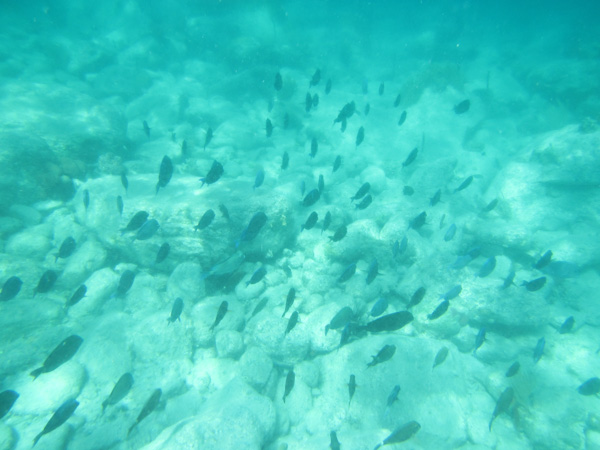 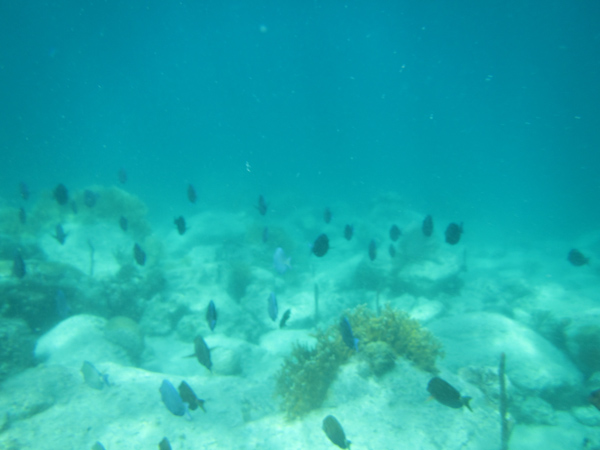 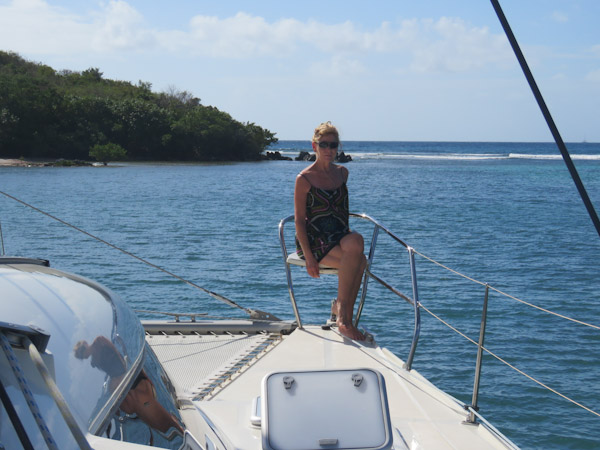 On our way to St Thomas harbour we popped into Jersey Bay. On the Navionics map as well as on Garmin map with Active Captain you have to approach the channel like you’re entering the bay and divert to port before the channel to anchor in 6-10’. Upon diverting a boat coming out blow his horn and waving arms at us. We did divert back into the channel and decided to go back to anchor. Again another boat was shouting that there is no anchoring permitted in the dedicated position on the charts and if you do anchor you can get fined for a $1000.  We tried to anchor inside the anchorage and found it to be narrow, shallow and vary uncomfortably over crowded. We decided to not drop anchor but rather seek another more friendly anchorage. 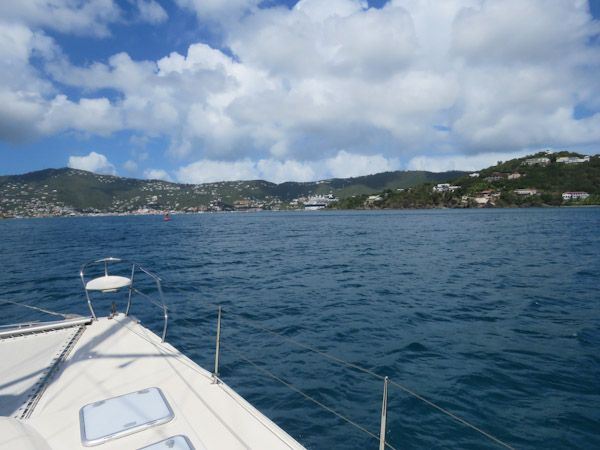 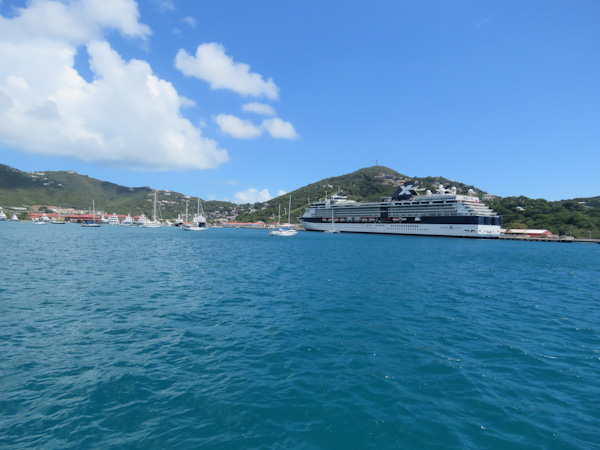 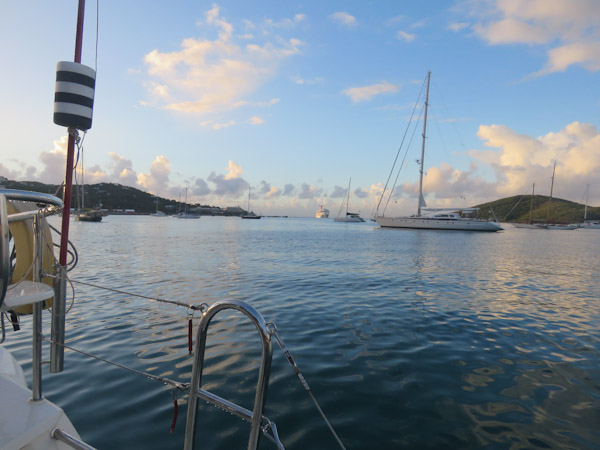 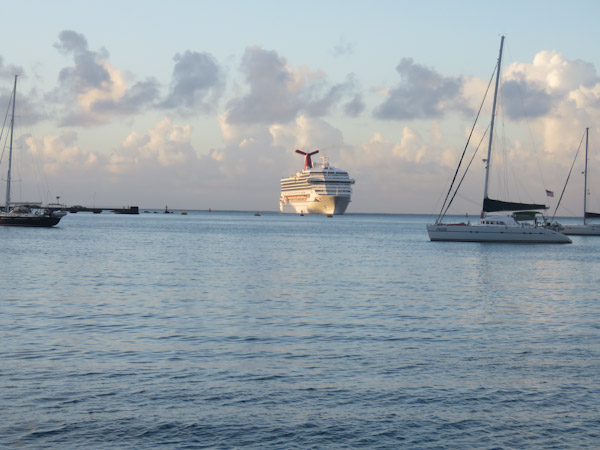 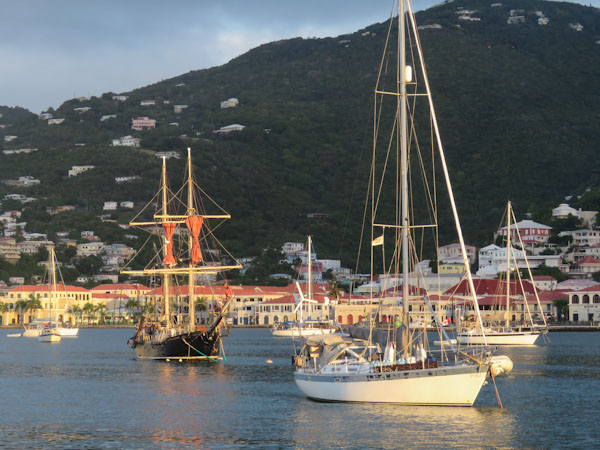 We watched the sea planes landing and take off close by. It was great holding with the dinghy dock behind the Coast Guard station. 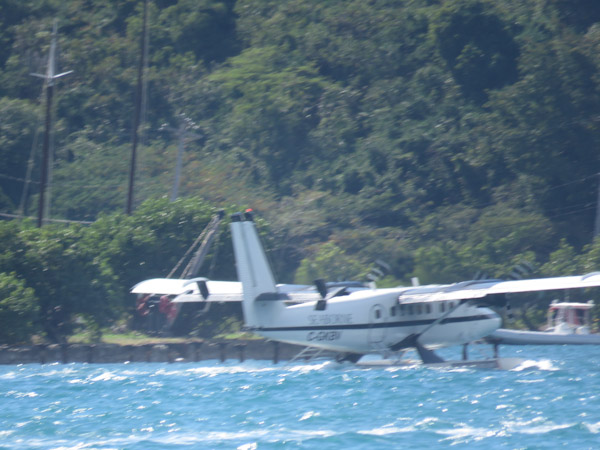 For only $1 per person we took the Safari taxi to the Ferry terminal where Customs were. We only then found out that you do not need to clear out of the USVI to go to Puerto Rico but you do need to clear into Puerto Rico.  We jumped onto another safari taxi to Crown Bay Marina.  The marina had several businesses on site including a chandler, AT&T and grocery store that we used. Now we had a data card with 4G for the USA.  Back in the main road we discovered that the Safari Taxis were running in only one direction with the result that we were left with a long walk back to the waterfront.

At Greenhouse Restaurant our dinner were lobster on their special for $19, including two sides. Overlooking the harbour was a perfect way of spending the evening and ending our visit to the USVI. 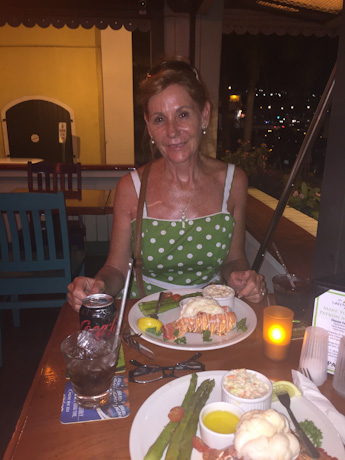