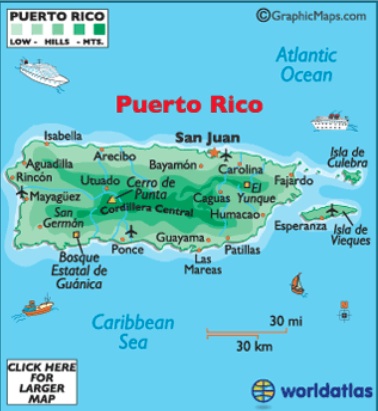 “Northernmost, within the eastern Caribbean, and several times larger than its southerly island neighbours, Puerto Rico’s sophistication as a US Commonwealth makes it stand out in terms of value. Puerto Rico is a natural stepping off point to/from North America and Europe, thus known as the Passage Islands.

The Spanish Virgin Islands (which are part of the Commonwealth of Puerto Rico), include the islands of Vieques and Culebra, which are less than 15 nautical miles from the USVI. Other beautiful uninhabited islands dot Puerto Rico’s west, south and east coasts.

Culebra is a popular weekend tourist destination, especially known for its crystal clear water. Ensenada Honda is very well protected by its reef, and is about a mile and a half long. It has several quiet coves with a reasonable depth of water and good holding.

The island of Vieques (part of the Spanish Virgin Islands) is still relatively undeveloped and many think it represents the Caribbean of 30 years ago. For 50 years it was under the control of the US Navy and so was not developed as were the other islands. There are two small towns; Isabel (where the ferries dock), and Esperanza' The latter being an attractive beach front village.There are many beautiful anchorages and dive spots, with crystal clear water and pristine white sand beaches.”

It was an easy downwind sail to Culebra with the G2. 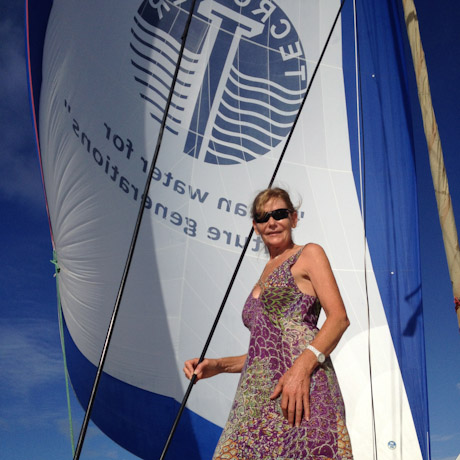 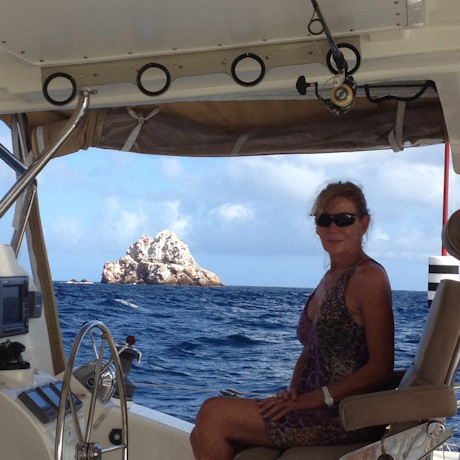 Our Captain caught two Barracudas but he let them go because they may have Ciguatera. We did not want to take a change. 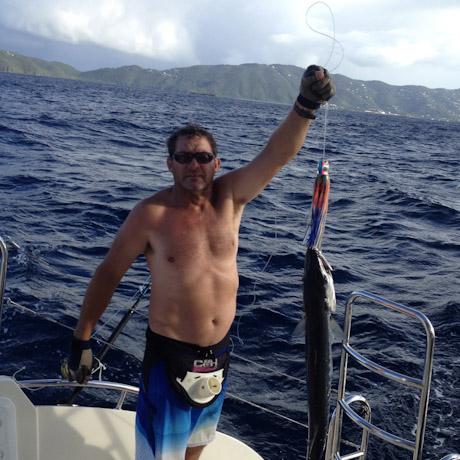 Just after anchoring in Esenada Honda Bay of island Culebra our VHF had a familiar voice on it. Island Explorer with Dough and Ursula were anchored about 100 meters from us.

Our Italian friends from Gemm gave us a lift to customs at the airport in their rental golf cart. 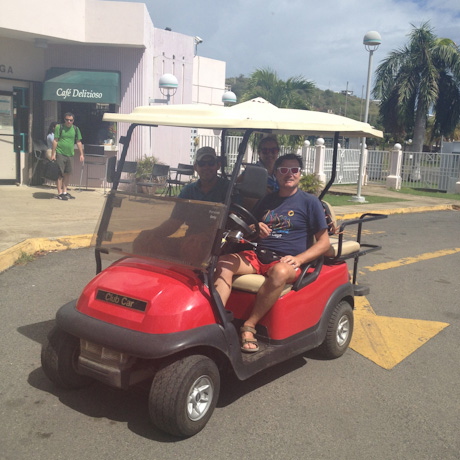 After the formalities we spend the afternoon on Island Explorer catching up on each other stories from the last time we had seen each other.

Early the morning Island Explorer left for Ilsa de Vieques. We picked  up a mooring at Ensenada Dakity and snorkeled with our Italian friends. There was not much to see and and after lunch we set sail to catch up with Island Explorer. 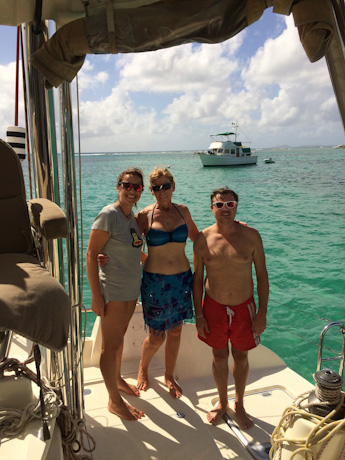 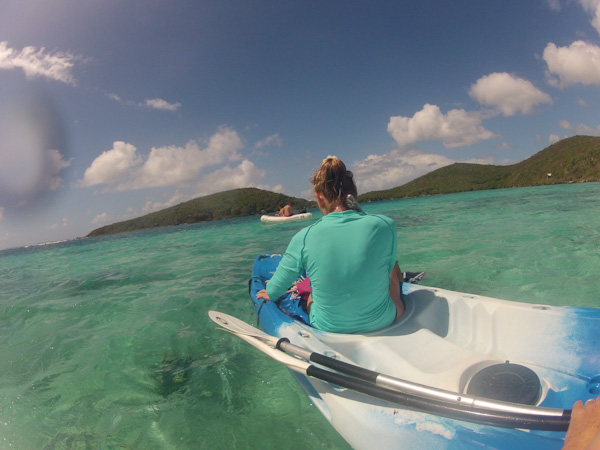 With the air filled with rain clouds we were in for a rough sail. With 30 knots of wind and the swells on the beam, waves were braking over the bow of Vagabund. We were glad to anchor in the calm bay of Enesanda Sun Bay close to Island Explorer. 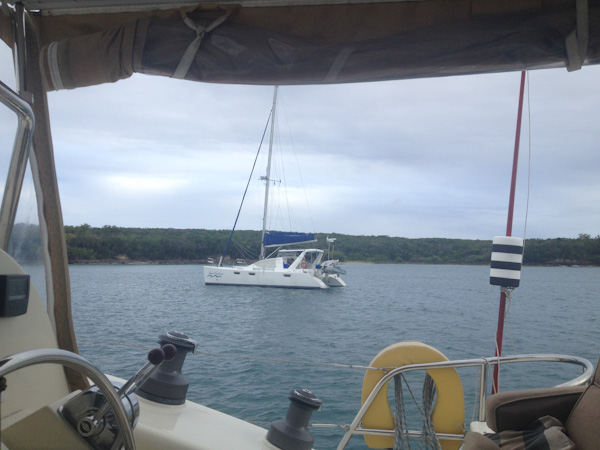 A special evening together with our SA friends were spend upon having dinner together on Vagabund. 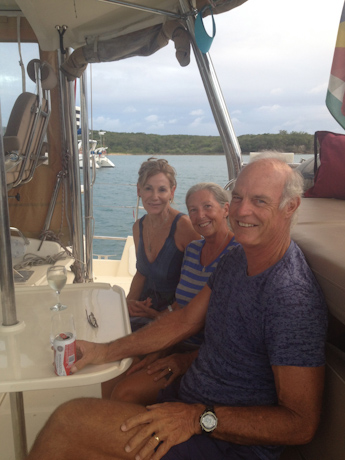 It was a perfect morning with the weather that was calming down. 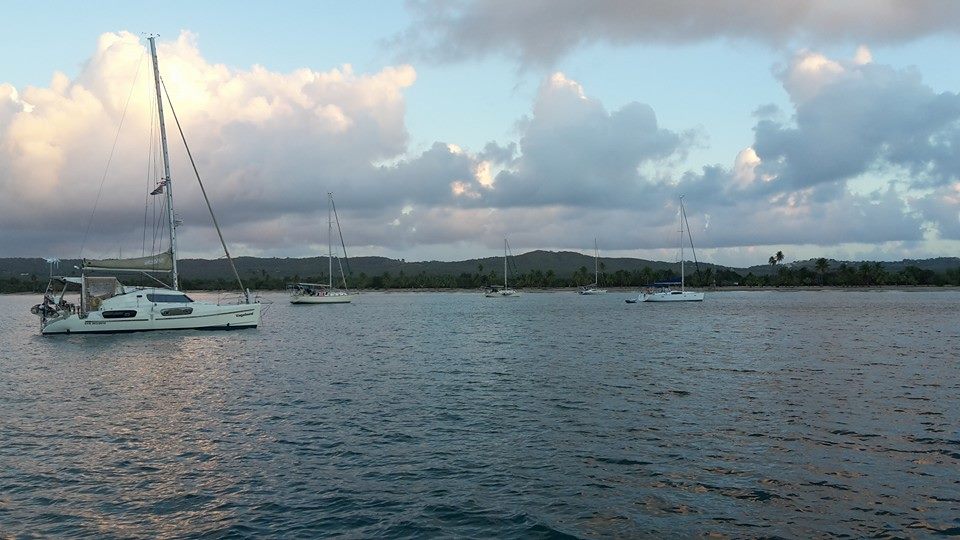 After four hours of motor sailing we anchored in Fajardo (Bay in the Northeast of Puerto Rico) to clear out, visit West Marine and Wal-Mart. We left our dinghy at Villa Marine. They do not charge anything to tie up your dinghy and at the office even assisted in phoning for a taxi.  The taxi was somewhat different to what we where used to. You pay $50 and have a chauffeur for the afternoon. Opening doors and double park as you go shopping. We visited customs, then West Marine, Wal-Mart and back to the marina. 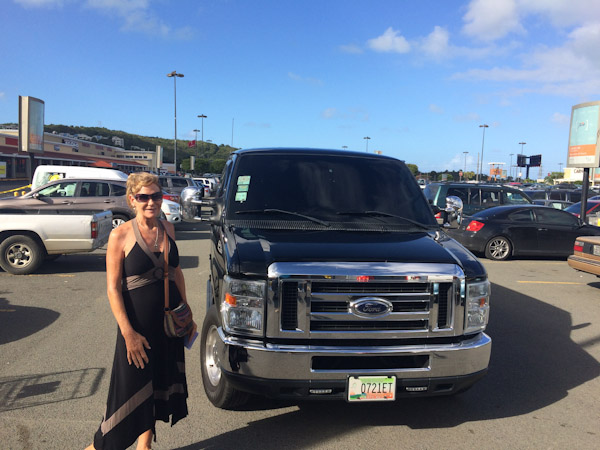 Sunset from our anchoring. 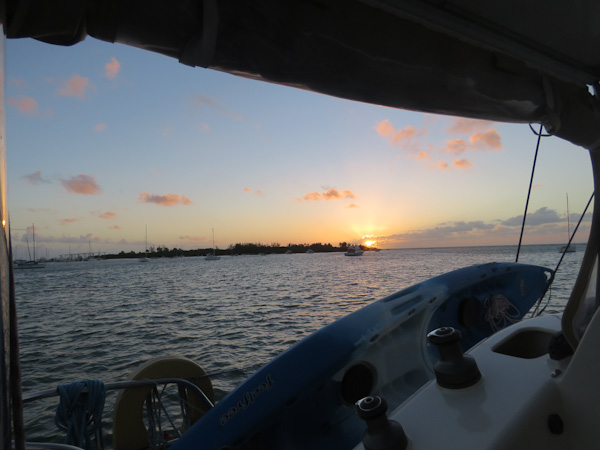