“The capital of the Exumas is Georgetown. It is located on Great Exuma Island. The Exumas are a chain of islands that stretch to about 100 miles long. The Tropic of Cancer runs directly through Georgetown and approximately 900 people live in this seaport, a favorite spot for yachters. Georgetown has an intriguing past. Pirates used Georgetown’s deepwater harbor during the 17th century and the “plantation aristocracy” from Virginia and North and South Carolina settled here in the 18th century. Elizabeth Harbor became a refitting base for British vessels and the U.S. Navy used the port during World War II.”

The 14th March 2015 we sail from Long Island to Great Exuma. We anchored close to Panache and Kaya Moya at Monument Bay. 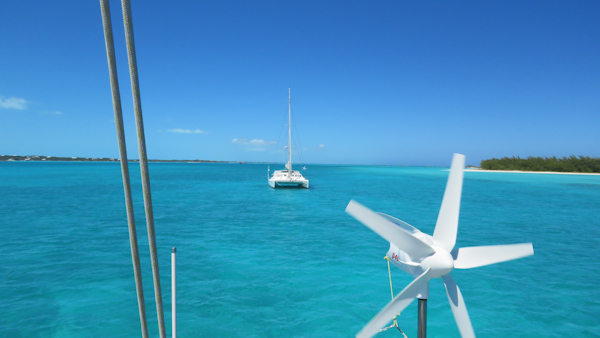 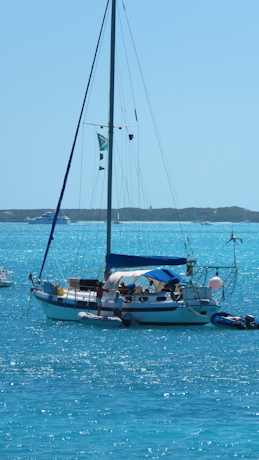 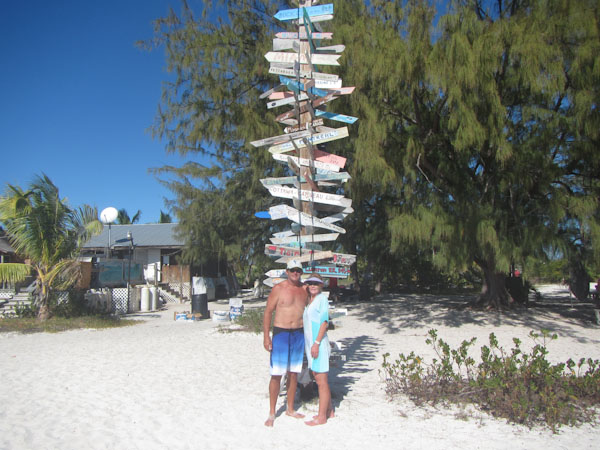 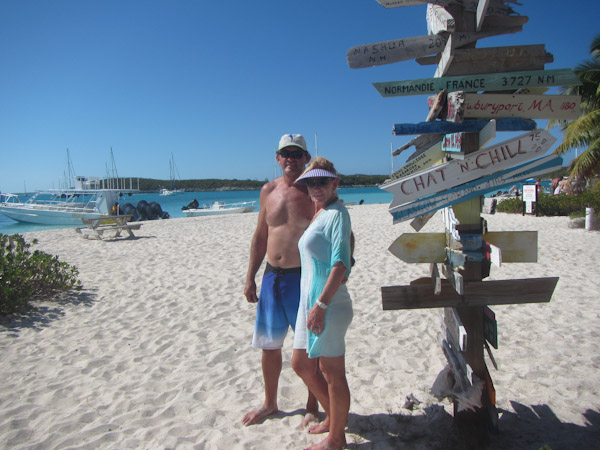 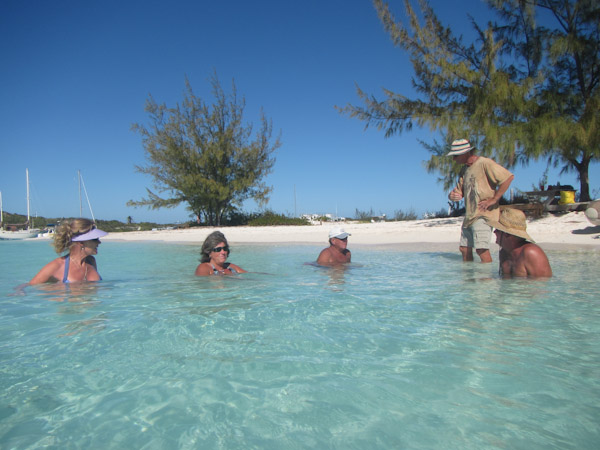 Yachties together to praise the Lord 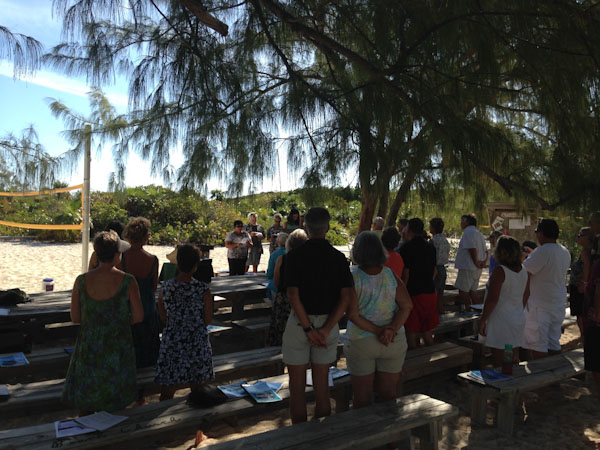 Getting together at the beach of Monument Bay 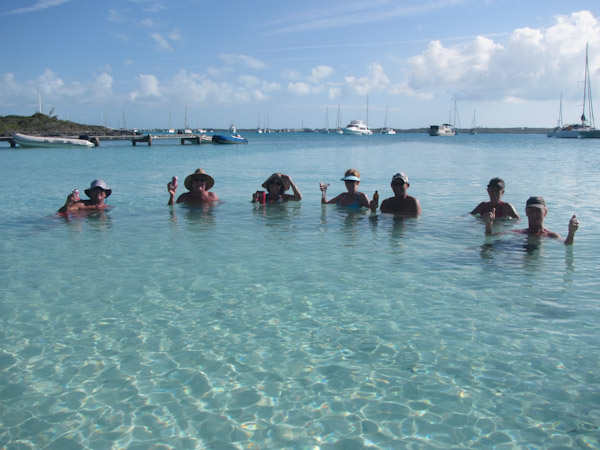 Looking over the bay from the monument on the hill. Steep climb, but the views are spectacular and worth the effort. The Monument is sometimes called the Salt Beacon because it was used (when lit) to guide cargo ships into Elizabeth Harbour to George Town for purposes of picking up salt.  The salt was mined at various places on Great and Little Exuma. 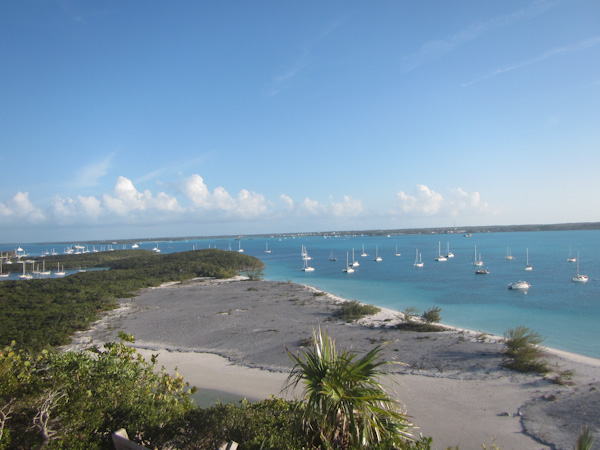 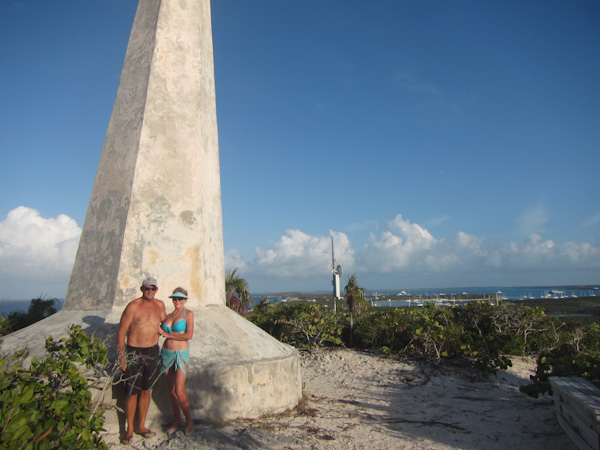 Watching the sun set while John blows the conch. It is a modern day ritual to blow the “Pū” (conch) to say goodbye at sunset to end the day and to say Mahalo (thanks).

“Pū, pronounced 'poo' is the Hawaiian Name for Conch Shell. A gift from the Ocean, the Pū comes out of the life giving waters with a sound that flows across the 'Aina ( land ).

The blowing of the Pu, a deep part of the Hawaiian culture, has multiple uses and communicates various meanings in both Religious and secular traditions.

A person once asked Rev. Alalani, “how do you always blow the conch shell pure and right every time”?

She replied, ”because I let God blow through me.” “I blow for the cause and to open the Heavens to come and Bless. I give thanks. I do not blow the Pū alone”.” 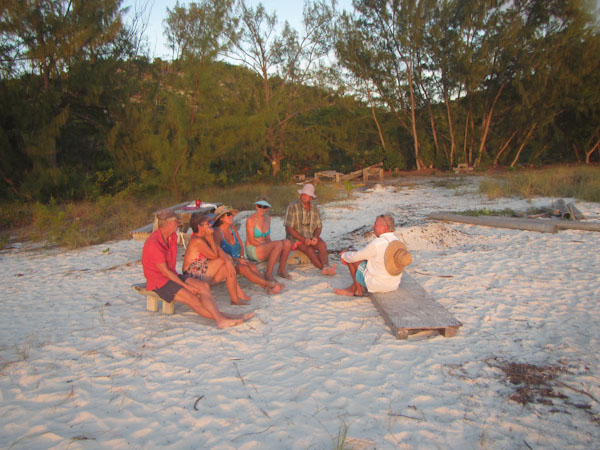 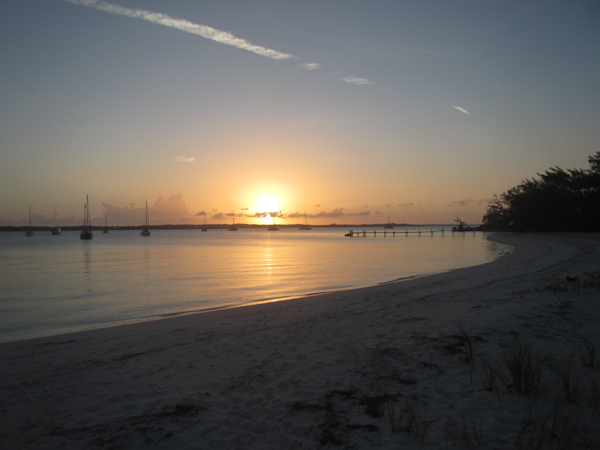 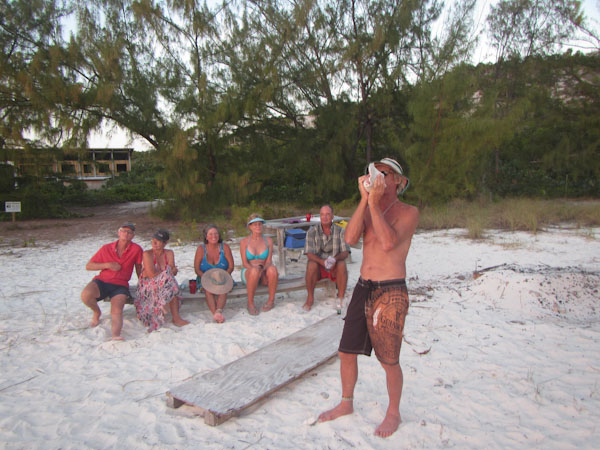 Vagabund's home for the time we are going to be in the USA:  Gaviota Bay in Exuma Bahamas. We are looking forward to see André, Zandia and Zandré.We flied out to Florida on the 17th March 2015. 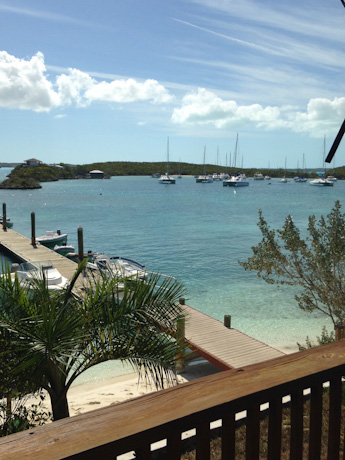 Money well spend in Florida on boat parts. Zack have replaced the prop on the starboard side that was damaged by a picking up a rope in the water. The electric toilet is working again. Our watermaker o- rings have been replaced to stop the leaking. Now we are nearly ready to start going North in the Exuma Cays.Stocking up, filling with diesel, propane gas and laundry being done. 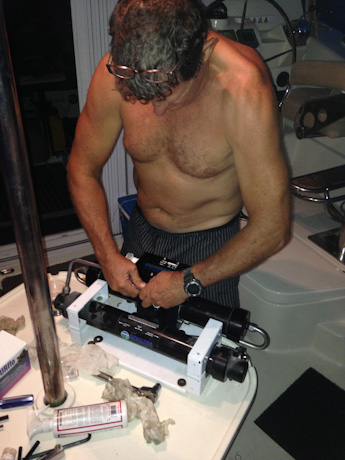