At 6h00 we left Saint Lucia and headed to Martinique. We had a lovely sail trip using the screecher. 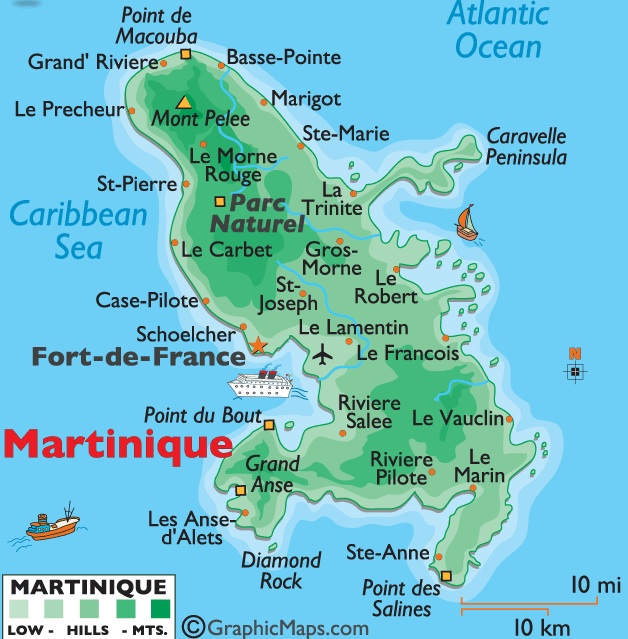 “The Caribbean’s called Martinique the Island of Flowers. As part of France, Martinique is part of the European Union, and its currency is the euro. Its official language isFrench, although many of its inhabitants also speak Antillean Creole (Crole Martiniquais).

The total area of Martinique is 1,100 square kilometers, of which 40 square kilometers are water and the rest land. Martinique is the 3rd largest island in The Lesser Antilles after Trinidad and Guadeloupe. It stretches 70 km in length and 30 km in width. The highest point is the volcano of Mont Pelee at 1,397 meters above sea level.”

We entered St Pierre Bay with Mont Pelee covered by clouds.  At 13h00 we were safely anchored in St Pierre. 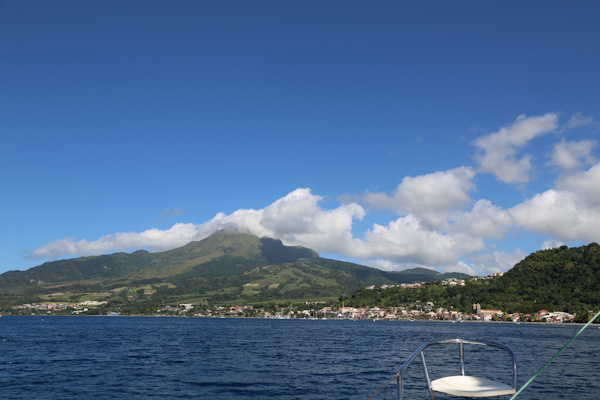 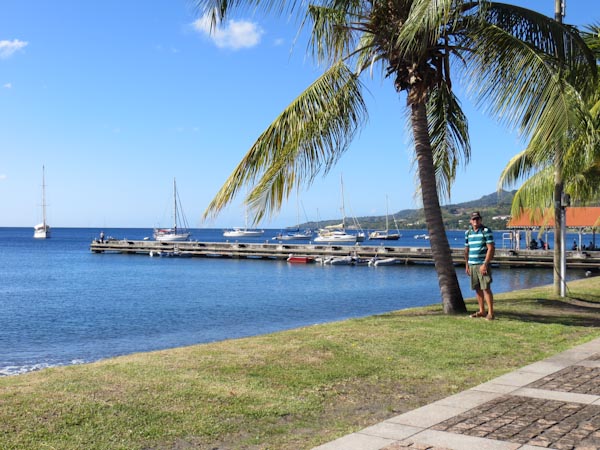 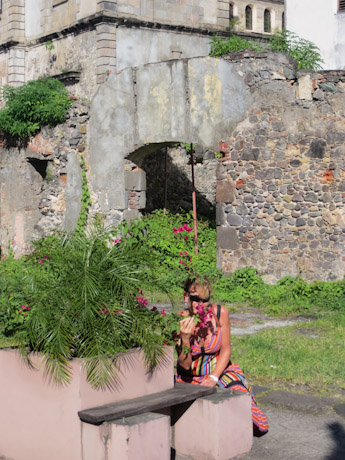 St Pierre lies at the foot of the Mt Pelee volcano, which erupted in 1902. The destruction killed nearly 30 000 people. The 1000 that survived left St Pierre before the eruption and took the warning of the smoking mountain as a serious threat. The only survivor was the famous Cyparis, imprisoned for murder in a stone cell. 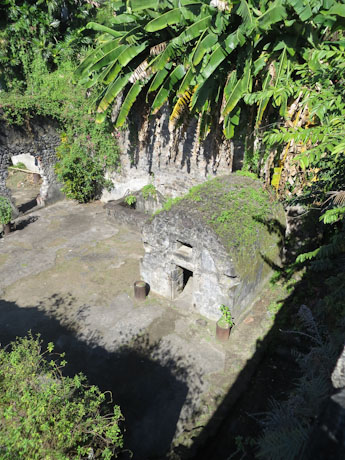 We were able to see many ruins as evidence of that disastrous day. 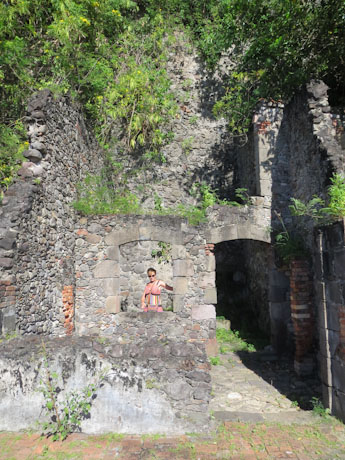 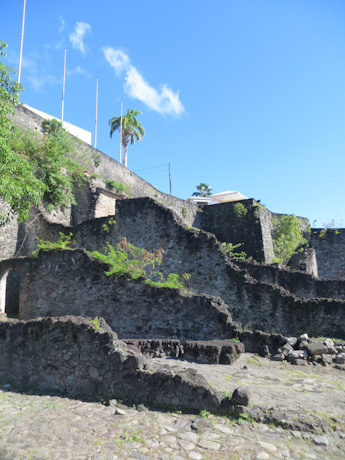 St Pierre at night from anchor on Vagabund. 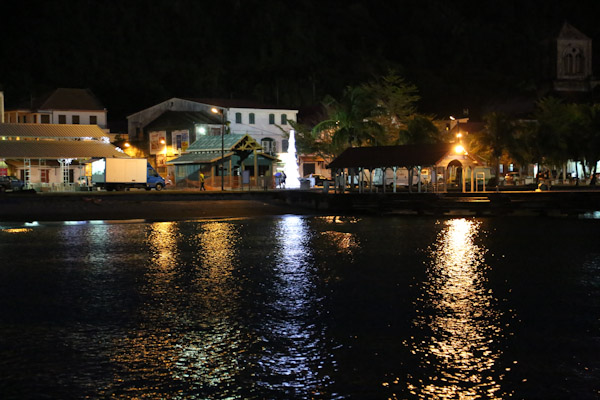